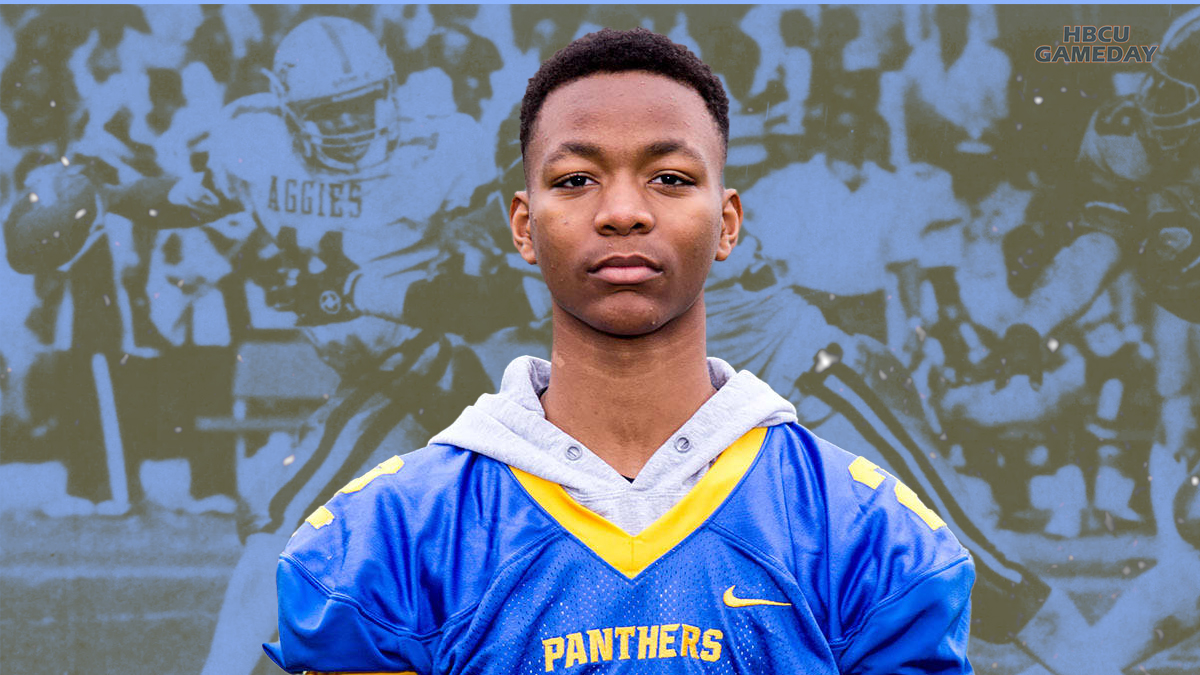 The son of NC A&T great Al Hooker has committed to play at his alma mater.

One of the greatest names in North Carolina A&T football history might soon be heard coming out of the PA system at BB&T Stadium once again.

“I am 100% committed to North Carolina A&T State University,” Hooker tweeted on Tuesday afternoon. “A huge thank you to my family & coaching staff for helping me make this decision.”

The 6’0, 175 pound senior from Jamestown, NC played at Ragsdale High School. He received interest from some ACC and SEC schools, but no offers, according to 247Sports.com.

The Hooker name is synonymous with quarterbacking in the Triad. His brother, Hendon Hooker, is heading into his redshirt junior season at Virginia Tech.

Hooker’s father led A&T to its first-ever outright MEAC title in 1986 and is a Hall of Famer at the Greensboro HBCU. He broke 15 school passing records and was named National Black College Offensive Player of The Year.

There was hope after the 2018 season that Hendon would follow his father’s footsteps and play for A&T after he put his name into the transfer portal. Ultimately, he decided to go back to Tech and had the best season of his career as a redshirt sophomore.

But a year later, the Aggies have their Hooker progeny. There is a hole at quarterback with veteran Kylil Carter having exhausted his eligibility, but A&T don’t expect Hooker to be handed the job just because of his name. Still, it’s nice when a child of a legendary alumnus follows in their footsteps.