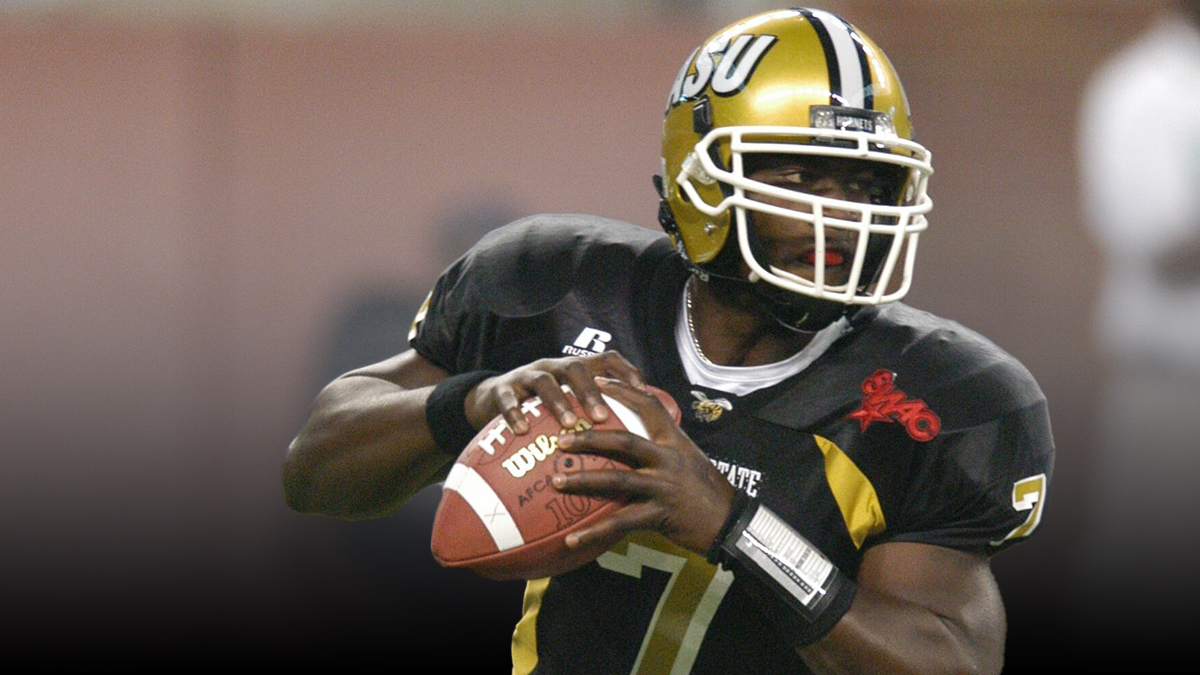 Tarvaris Jackson, the last HBCU Quarterback to be drafted into the NFL, is no longer with us.

According to USA Today he was driving on a road a few miles south of Montgomery, Alabama, at around 8:50 p.m. Sunday when his 2012 Chevrolet Camaro left the road, hit a tree and flipped, according to Alabama Law Enforcement. Jackson was taken to a local hospital and later pronounced dead.

The NFL quarterback who was most recently an assistant with Tennessee State was just 36 years old. He holds the distinction of being the last quarterback from a historically black college to be drafted in the NFL.

Jackson started his career at Arkansas, but made his mark at Alabama State where he led the team to the 2004 SWAC title. He threw for 2,655 yards, 25 touchdowns, and 5 interceptions. He rushed for 271 yards and 2 touchdowns on 95 carries as a senior in 2005.

The Minnesota Vikings picked Jackson in the second round (64th overall) of the 2006 NFL Draft. Jackson spent the first five seasons of his career in Minnesota before spending two stints with the Seattle Seahawks and one year with the Buffalo Bills.

Jackson had made his return to HBCU football, first as an assistant at Alabama State and last season with TSU coaching quarterbacks for Rod Reed.

Our thoughts and prayers are with the Jackson Family as well as Alabama State and Tennessee State.