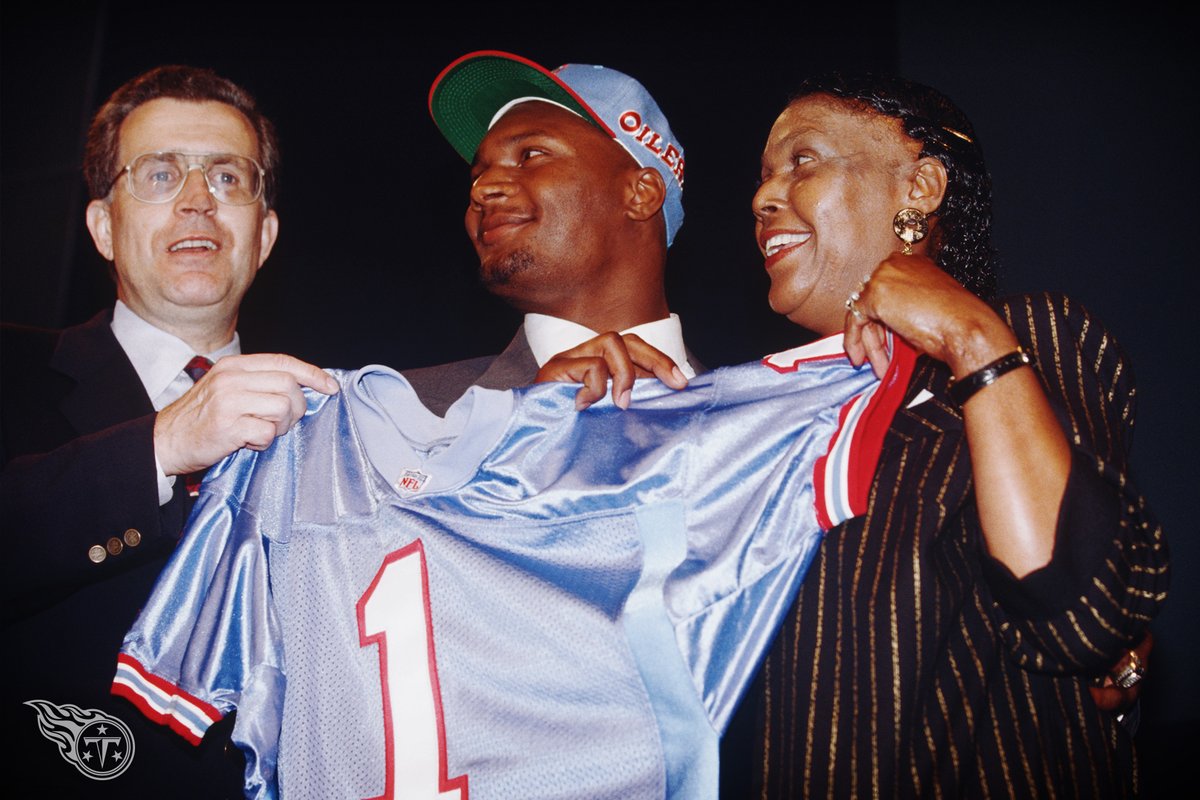 Only 13 quarterbacks from HBCUs have been selected in the NFL Draft in the last half a century. Here is how they fared.

The three day 2019 NFL Draft kicks off on Thursday afternoon with the first round and will continue through Saturday with the final rounds. Bowie State quarterback Amir Hall is hoping to hear his name called in the draft after a stellar career at Bowie State University.

He faces an uphill battle despite elite statistics as a quarterback from Divsion II in addition to being from an HBCU. Only 13 quarterbacks from HBCUs have been selected in the past 52 years since the AFL and NFL combined their drafts.

The Houston native was a force for John Merritt’s powerhouse Tennessee State squads, throwing for better than 6,500 yards and 67 touchdowns during a time when many college squads still used the Wing-T or T- formations as primary offensive sets. The Raiders picked Dickey in the first round and then chose former Alabama star Ken Stabler in the second. They ultimately moved him to wide receiver, but he never became a star at the position and played sparingly during an injury-plagued career.

Like Dickey, Johnson never got a shot to fairly play quarterback in the NFL. He was switched to defensive back and never played in the NFL.

This 6’4, 210 pound quarterback had pro scouts flocking to North-Central Alabama. He gave FAMU coach Jake Gaither fits, but never found a place in the NFL.

Eddie Robinson’s first true superstar quarterback. Harris was arguably the first true star quarterback from an HBCU in his days with the Los Angeles Rams. He led the franchise to the NFC Championship Game and was a Pro Bowler out west.

Son of TSU assistant Joe Sr., Gilliam followed in Dickey’s footsteps by getting drafted in the NFL. He would give Terry Bradshaw plenty of competition early in his career and had some success, starting the first six games of the 1974 season and leading the team to a 4-1-1 record.

Standing 6’5, Reed stepped out of Harris’ shadow to keep Grambling pushing in the early 1970s. He would be drafted by the Bills like Harris but ended up with the Saints who tried to turn him into a tight end. He never played in the NFL but did have a pro career in the World Football League and Canadian Football League.

Dickinson was a handful for SWAC defenses at Valley, causing a problem with his legs and his arm. He served as Steve Spurrier’s backup as a rookie in 1976, becoming the team’s first African-American starting quarterback.

The Bucs once again dipped into the SWAC to find a signal caller, making Williams the first quarterback drafted that year. A serious candidate for the Heisman Trophy his senior season, Williams led the Bucs to highs (the franchise’s first-ever playoff appearance) and experienced personal lows in Tampa Bay before resurrecting his career in the USFL and ultimately becoming the first black quarterback to lead his team to a Super Bowl victory nearly a decade later.

Adams left TSU as the school’s all-time leader in passing yards, passes attempted, passes completed, touchdown passes, 250 and 300-yard passing games, earning the nickname of a powerful airplane. Unfortunately, his brief pro career was defined by controversy and missed opportunity. He didn’t even get a full chance in training camp to show what he could do as the 49ers told him he wasn’t needed after one week. Maybe the biggest “What If” on this list.

Walker only played two seasons at Howard after transferring from Long Beach State, but they were good enough to get him drafted by Bill Parcells’ Patriots. But just like Adams, he wasn’t beating out a young Drew Bledsoe, but he did spend a couple of years backing him up.

McNair set the SWAC on fire for four seasons, garnering Heisman Hype not seen since Doug Williams. His selection by the Oilers was the highest ever for ANY black quarterback, later eclipsed by Michael Vick who went first overall in the 2001 NFL Draft. The best overall career of anyone on this list.

This Florida native started his college career in West Virginia but played his final season at FAMU. He led FAMU to the Division I-AA semifinal while running Billy Joe’s Gulf Coast Offense, throwing for 27 TDs and winning MEAC Offensive Player of The Year. He never played in the NFL, but has carved out a nice coaching career for himself and is currently coaching running backs at Penn State.

Like Seider, Jackson started at the FBS level before coming to an HBCU. He had three stellar seasons at ASU after leaving Arkansas, throwing for 63 touchdowns and 23 interceptions. He would transition his skills to a pro career that would last the better part of a decade with the Vikings and Seahawks along with a season with the Buffalo Bills.