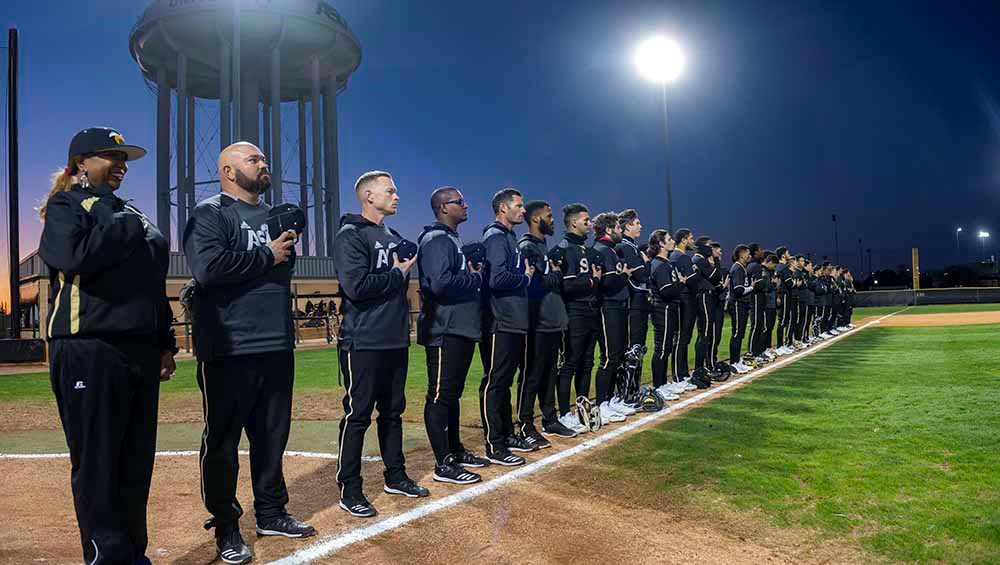 Alabama State (14-4, 3-0 SWAC) was the lone Southwestern Athletic Conference (SWAC) school receiving votes and was one of three schools from the state of Alabama to receive votes. The Hornets faced Alabama (22nd) earlier in the season and had a game against Auburn (21st) scheduled prior to the season-ending last week.

The Hornets were also scheduled to play Tennessee (23rd) in early April.

The Hornets finished in the top 10 in a pair of NCAA statistical categories including fourth in base on balls (105) and eighth in triples (nine). They also finished in the top 20 in the country in triples per game (0.50), while several individuals finished inside the top 30. Jacknell Guzman ended the season leading the nation in complete games (three), 23rd in victories (three) and 29th in games started (four). Meanwhile, Jabronski Williams led the nation in triples (four) and was sixth in triples per game (0.22).