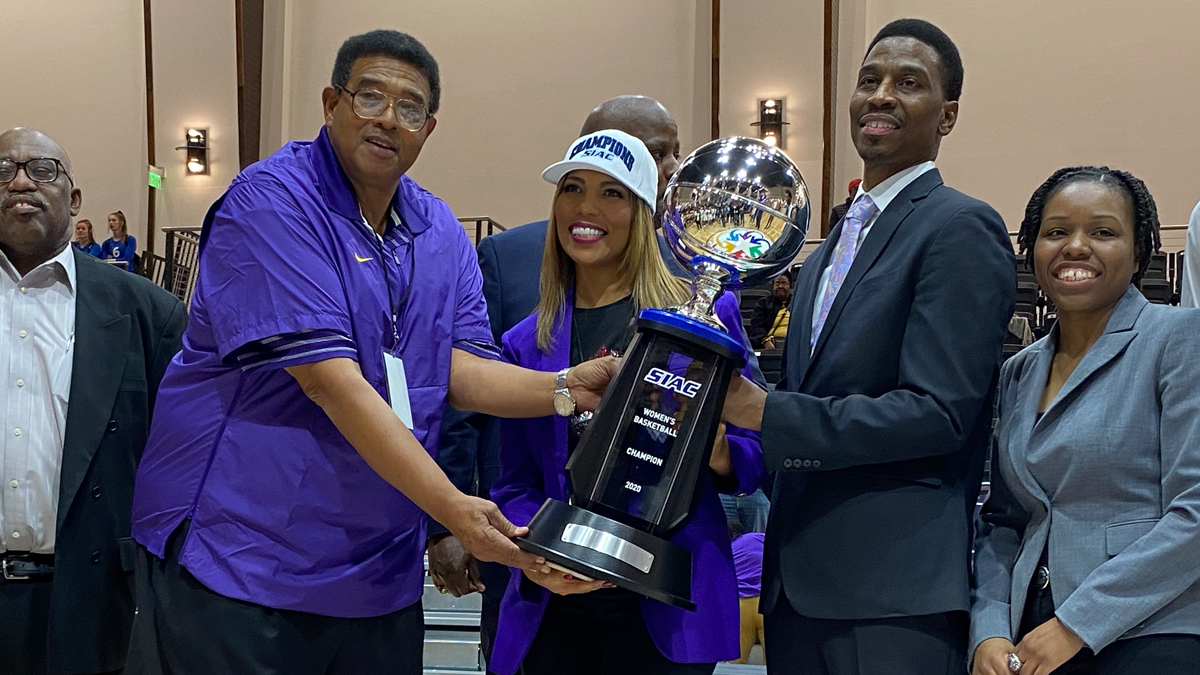 Benedict College President Dr. Rosyln Artis came with it on The Breakfast Club.

Dr. Roslyn Clark Artis has had a busy month. The Benedict College President started the month by helping her women’s basketball team cut down the nets as it won the SIAC Championship.

A week-and-a-half later, the first-ever woman president of Benedict College stepped on to the “Breakfast Club” to talk about everything from sports to facilities to curriculum and dealing with the Coronavirus.

The subject of sports came up early and often in Dr. Artis’ 34-minute convo with Angela Yee, Charlamagne Tha God, and DJ Envy.

Envy, a Hampton University graduate, got the ball rolling by asking Artis what she thinks of top-tier athletes skipping over HBCUs. He used examples of Zion Williamson, who is the son of two Livingstone athletes, and LeBron James, whose son has been offered scholarships at several HBCUs.

“There’s no question that it would be tremendously impactful to have those caliber athletes at HBCUs,” Dr. Artis said. “But the reality is, unfortunately, the ability to for them to have the visibility that they have for those Division I programs that are televised, that have marketing rights, things of that sort…I don’t judge.”

Those guys are trying to be seen, discovered, and make it to the NBA.”

Envy claimed that Zion would still have been the no. 1 pick if he had been at Benedict. Dr. Artis agreed, but she maintained that facilities do matter when attracting students: athletes or otherwise.

“I stand by the proposition that my student deserves everything that the PWI student deserves. When we talk about bowling alleys, movie theaters, workout facilities, things of that sort, people will say, ‘well that’s not critical to the educational experience.

“No it’s not, but the other kids have it, why don’t my kids deserve those very same amenities that kids that attend PWIs have? So the ability to keep pace in this nuclear arms race for facilities…amenities — really is a critical issue for HBCUs.”

Dr. Artis also spoke to the perception that the ‘white man’s ice is colder,’ theory.

“It probably Is at white schools because they can afford ice machines and I can’t. So if you gave me some money, we would have cold ice too.”

We heard that, Madame President.