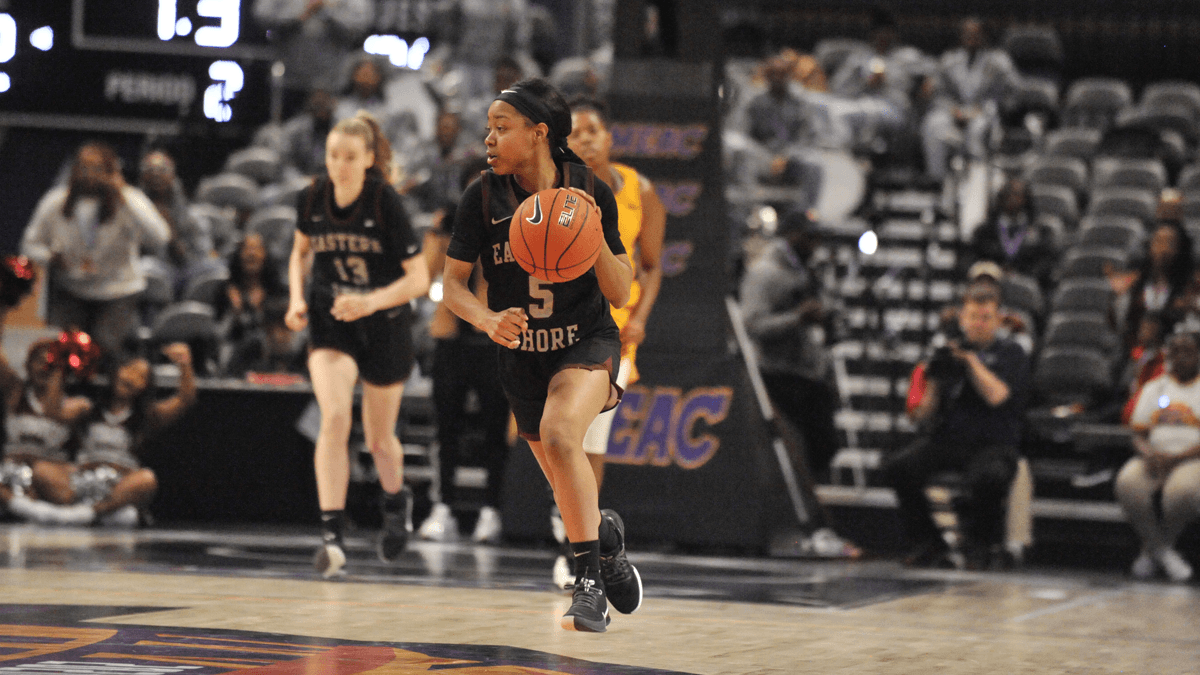 UMES comes out and leads Bethune-Cookman wire to wire, a new champ will be crowned in 2020

Norfolk,VA–Maryland Eastern Shore (10-20) jumped out to a double-digit lead over no. 1 seed Bethune-Cookman University (23-6) in the first quarter and withstood a fourth-quarter comeback in a 61-55 shocker at the MEAC Tournament.

The no. 8 seed UMES took down the defending tournament champions behind 21 points from Adrienne Jones. Neither team shot the ball very well with the Lady Hawks shooting 29 percent in the first half compared to BCU’s 24 percent.

UMES shot 44 percent in the second half while BCU struggled to just 27 percent shooting over the last two quarters.

Maryland Eastern Shore led the game from wire to wire to BCU did make it close late in the game. Bethune Cookman trailed 46-49 after a Camary Harris three-pointer at the 2:55 mark of the fourth quarter. Over the next 2:25 UMES went on an 8-1 run to make it a 57-47 game with 30 seconds remaining.

Ashanti Hunt led Bethune-Cookman with 19 points and 12 rebounds in the loss. Bethune-Cookman won’t make the NCAA Tournament field this year but will earn the women’s NIT automatic berth as regular-season champions.