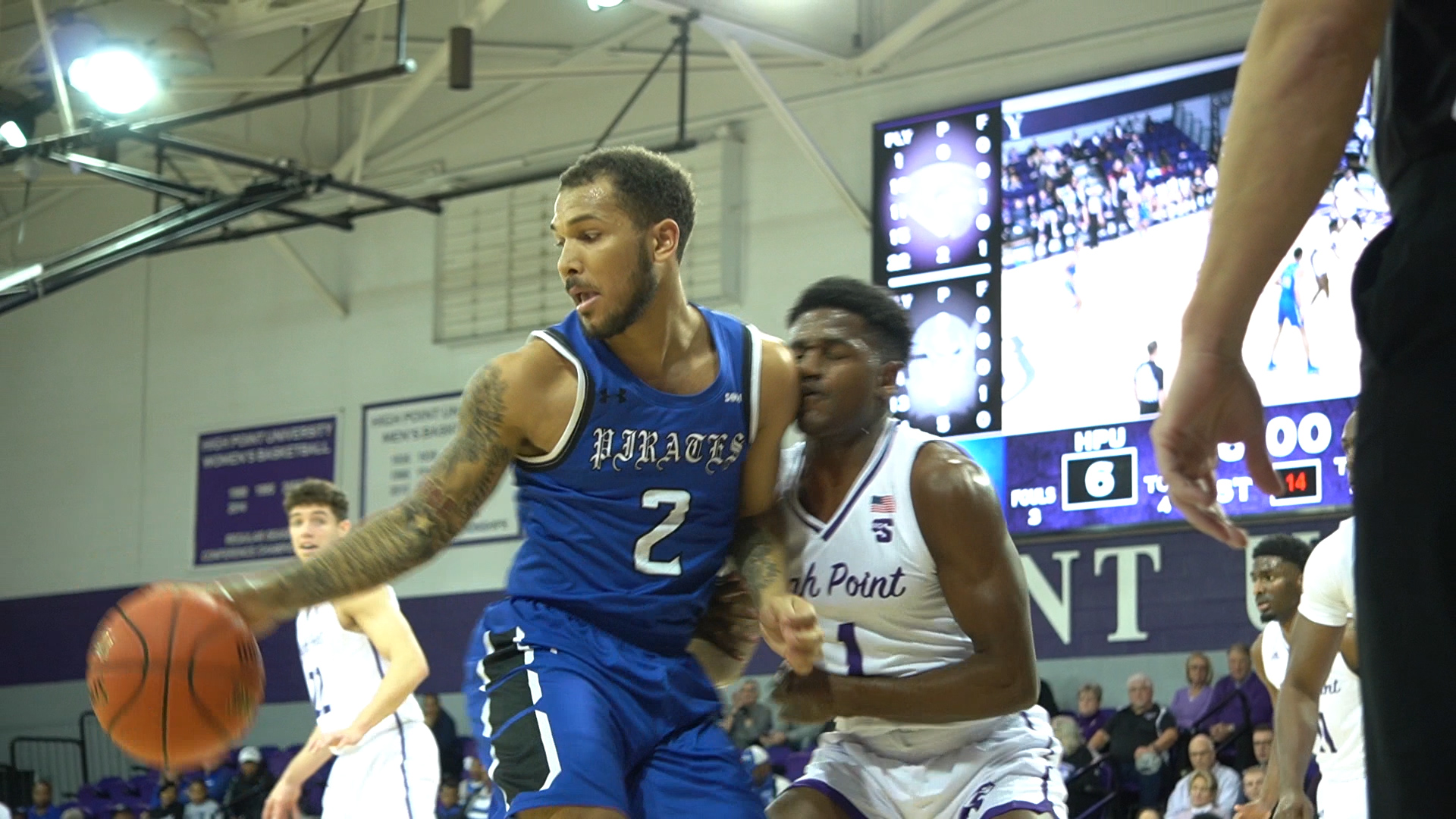 Hampton’s Jermaine Marrow and Ben Stanley helped put their team in the Big South Championship Game with a big effort.

Hampton University pulled off the biggest win of its young Big South career on Friday night, knocking off the conference’s top seed and earning a spot in the championship game.

Hampton knocked off Radford 86-78 on the road on Friday night to advance to the Big South Championship Game. It will take on Winthrop in the championship game in just its second season as a conference member.

“In tournament play its all about ‘survive an advance,” Hampton coach Buck Joyner Jr. said.”I don’t care who they call the best team, when you in situations like this, its the best team for that 40 minutes.”

Senior guard Jermaine Marrow led the way with a game-high 36 points and 10 assists for the Pirates, who entered the tournament as a fourth seed. Ben Stanley added 26 points and seven rebounds.

Hampton shot a blistering 55 percent from the field for the game, including a 12-for-24 performance at the 3-point line. Marrow hit 6 of his 11 attempts from long range.

“We knew that if we went up, they would low-key crumble, a little bit,” Marrow said. “And they did.”

Hampton back in familiar spot

Hampton is just two years removed from appearing in the MEAC Championship Game. HIU made it all the way to the title game in its final season in the league, but was upset by North Carolina Central on its way out the door.

Now the Pirates are just one win away from winning a title in their third conference, the Big South. They will have to knock off a formidable Eagles team at home on Sunday, a squad that put a 21-point beating on them back in mid-January. However, the Pirates won the most recent meeting just two weeks ago, so both teams will be looking to go 2-for-1.

We told you last week that Marrow and Stanley were the best one-two scoring punch in college basketball, and they made us look damn good on Friday night. Just one more win and the Big South’s first HBCU will have its first conference crown in its new neighborhood.

Marrow, a senior who knows every game could be his last in white and blue, is determined to get it done.