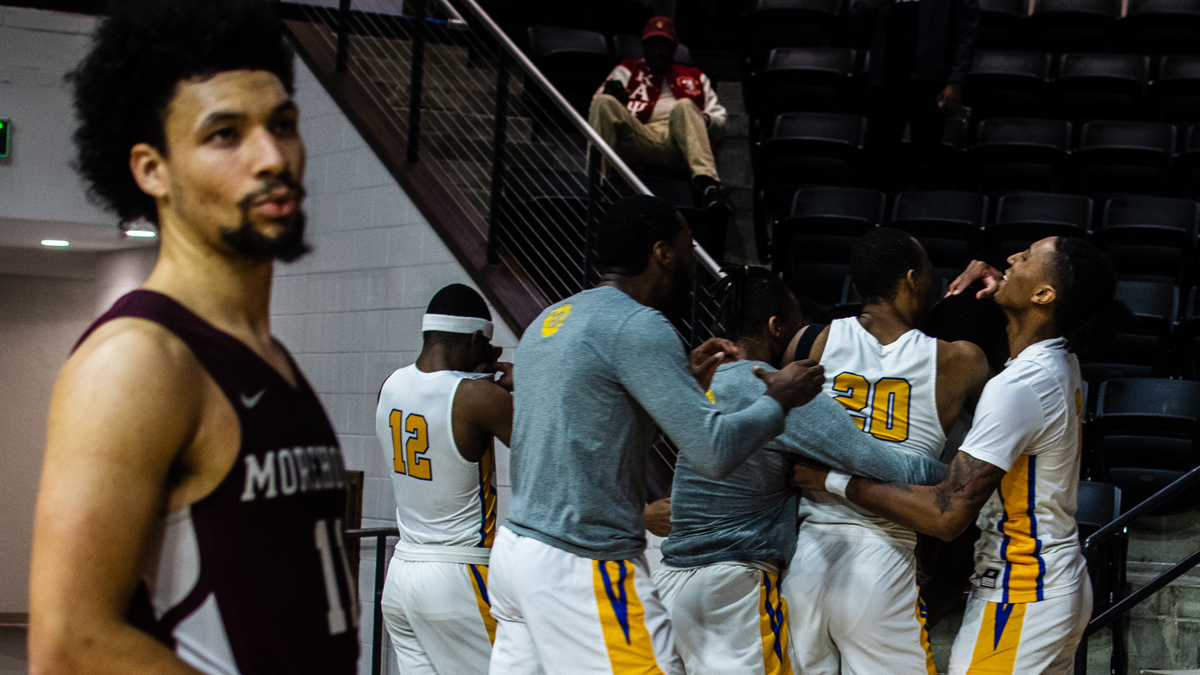 Albany State stamped its ticket to the SIAC Championship Game with a big 3-pointer late in the game.

ROCK HILL, SC– The final game of the SIAC semifinals was a thriller, setting the table for an exciting championship Saturday.

Albany State took down Morehouse 57-55 in a game that wasn’t decided until the final seconds as Kamil Brown’s three-pointer with eight seconds remaining gave Albany State the cushion it needed to move forward.

ASU will take on defending champion Miles College in the Championship Game on Saturday night. The game is slated for a 7 PM start on Saturday.

Randy McClure led the way for Albany State with 15 points. ASU won the game despite being out-rebounded 40-28 by Morehouse. It did, however, hit six 3-pointers, none bigger than Brown’s at the buzzer.

Miles was expected to be in the title game as it is the top seed in the conference. It fought off a scrappy Clark Atlanta team earlier in the day to get back to the championship game.

The two teams played just once in the regular season, with Miles coming away with a 64-62 win in Alabama. If the two semifinals games plus that result are any indication, Saturday could be a fight to the finish as well.