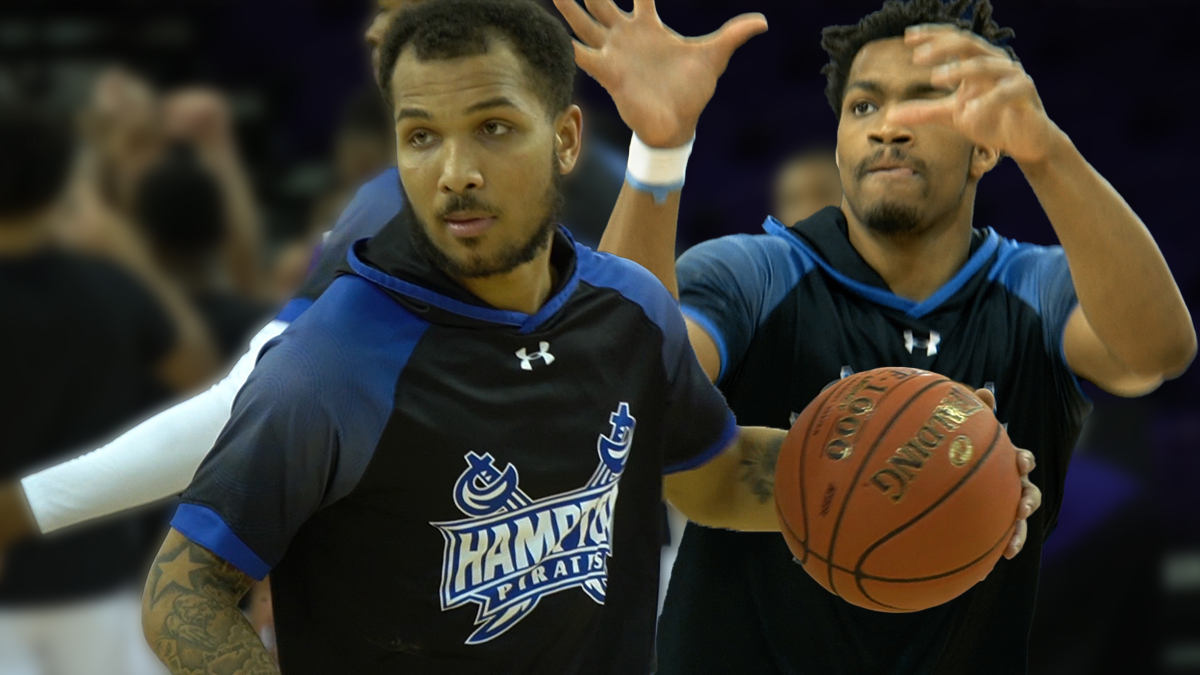 Hampton has not just one, but two of the top 10 scorers in Division I basketball.

You are asleep, and really, it’s not your fault.

If Hampton was still playing in the MEAC, you would know that Jermaine Marrow and Ben Stanley were the best one-two punch in HBCU basketball and one of the best in all of college basketball.

But since Hampton is in the Big South and only plays HBCUs early in the season when most folks are still in football mode, you don’t know. And that’s partially our fault.

But you gon’ learn today.

Marrow is the trigger-happy senior guard who averages just under 24 points per game, good for third in the country behind UTSA’s Jhivvan Jackson and Marquette’s Markus Howard. He scored 33 in Hampton’s win over Gardner-Webb on Thursday night.

The Newport News, VA native made headlines when he chose to stay close to home to play for Hampton, which was coming off back-to-back MEAC titles at the time.

Marrow was already one of the better guards in the MEAC when Hampton sailed out of the conference abruptly after his sophomore campaign in 2017-18. He averaged 18.8 points, five rebounds and 5.4 assists per game that season, leading Hampton to the MEAC title game.

He introduced himself to the Big South last year by averaging 24.4 points per game and shooting 37 percent from the 3-point line. Marrow isn’t shooting quite as well this season, but his scoring average is basically the same, but he’s also upped his assists average (6.2) while turning the ball over less than three times a game for the first time in his career. Earlier this month he broke the school’s all-time scoring record held by none other than Rick Mahorn.

Unlike his talented teammate, Stanley didn’t start his career lighting it up for Hampton. Stanley averaged just 4.4 points and three rebounds per game last season after redshirting during the 2017-18 season.

It was clear that the 6-6 Baltimore native would have a bigger role in 2019-20 by the time he put up four-consecutive games of 20 or more points in mid-November. Stanley really began to shine in December, when an injury kept Marrow on the sidelines and forced someone to step up.

Stanley had a bang-up December that included a 40-point, 11 rebound game in a loss to Howard. From Dec. 3 through Jan. 8 he scored at least 22 points in six of the team’s seven games.

Big Games Around The Corner

By the time Marrow re-joined the team, it was clear that Hampton had two go-to-players. And it needs both of them as it attempts to navigate the Big South waters.

Hampton took Radford to the limit in its first matchup, falling 83-79 in late January. It will get a chance to measure up against Winthrop on Saturday as it looks to get a strangle-hold on the third seed heading into the conference tournament. And, of course, once you get to March, anything can happen. Especially with a high-scoring duo like Marrow and Stanley.

Much has been made about Hampton’s move to the Big South, and a lot of it hasn’t been very nice. But you have to appreciate the fact that HIU has not one, but two top ten scorers who chose to come to an HBCU straight out of high school. That doesn’t happen every day, so we should celebrate their accomplishments regardless of whether we wish they were playing in the same conference with Norfolk State or Howard.