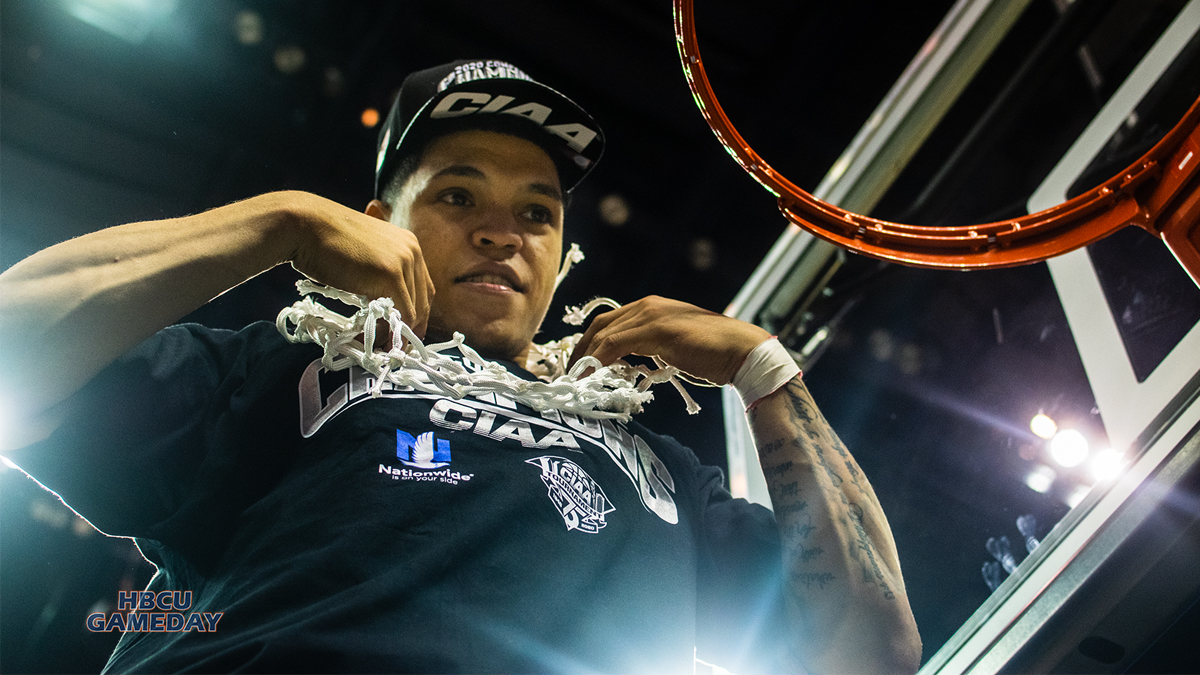 The Clarence Gaines Trophy has finally found its way back home. The trophy, given every year to the winner of the CIAA Tournament, is named after the legendary Winston-Salem State head coach who won eight from 1953 through 1977.

WSSU beat Fayetteville State 63-62 in the Spectrum Arena for the CIAA Title. Here are five numbers of significance of the 2020 CIAA title run.

2: The number of points that Robert Colon needs to move into 50th place in CIAA’s all-time scoring list. His 1,724 points are one behind Norfolk State’s Leroy Jones. The other six men above him on the school list are in the top 50. Five in the top 25, including the conference’s all-time leading scorer in Earl Monroe with 2,935 points.

Two also represents the number of CIAA Tournament championships won by Cleo Hill Jr. His previous title came in 2011 as he led Shaw University to the championship.

10: The number of games that were decided by three-points or less. WSSU is 6-4 in those games, including two of them against Fayetteville State.

12: The win was the school’s 12th championship in men’s basketball and the first since 2012. That ties the school for second most tournament titles in conference history along with Norfolk State. Virginia Union is first with 17.

19: The number of wins WSSU has to this point. That’s three more than the Rams had combined the previous two seasons.

60: The 1959-1960 Winston-Salem Teachers College Rams won the CIAA Tournament in Greensboro, NC on Feb. 27, 1960. Cleo Hill was named the tournament’s most valuable player.

519
The Latest in HBCU Sports and Culture