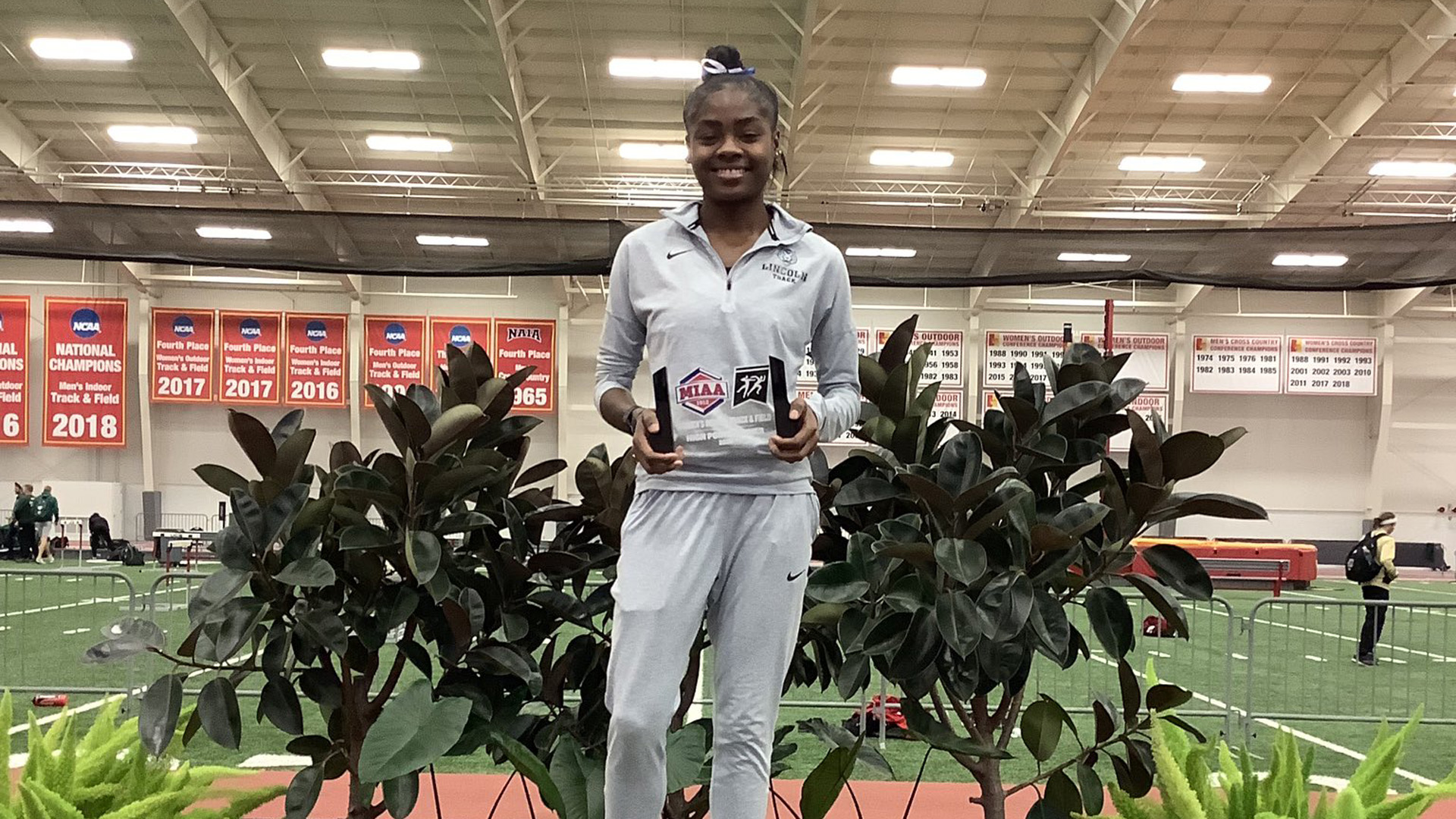 The 4x400m relay team of Dylann Core, Chrissani May, Kissi-Ann Brown and Christine Moss won with a meet record time of 3:41.55, and Lincoln swept the top-three of the 800m, led by Kelly-Ann Beckford’s winning time of 2:11.22. Beckford ended up being named the High Point Scorer of the meet.

Lincoln additionally won the distance medley in 12:01.48, with Melissa Tyme, Beckford, May and Core representing LU. In the field events, Rusheda Blake placed second in the triple jump (12.09m) and sixth in the long jump (5.59m).

Lincoln swept the top-three in the triple jump, led by Ryan Brown with an automatic mark of 15.74m. Salif Mane was the runner-up with a distance of 15.52m, and Kizan David finished in third at 15.51m, with both of those marks also automatically qualifying for the NCAA Championships. In the long jump, David took second (7.67m), Ryan Brown placed third (7.64m) and Mane came in eighth (7.15m).