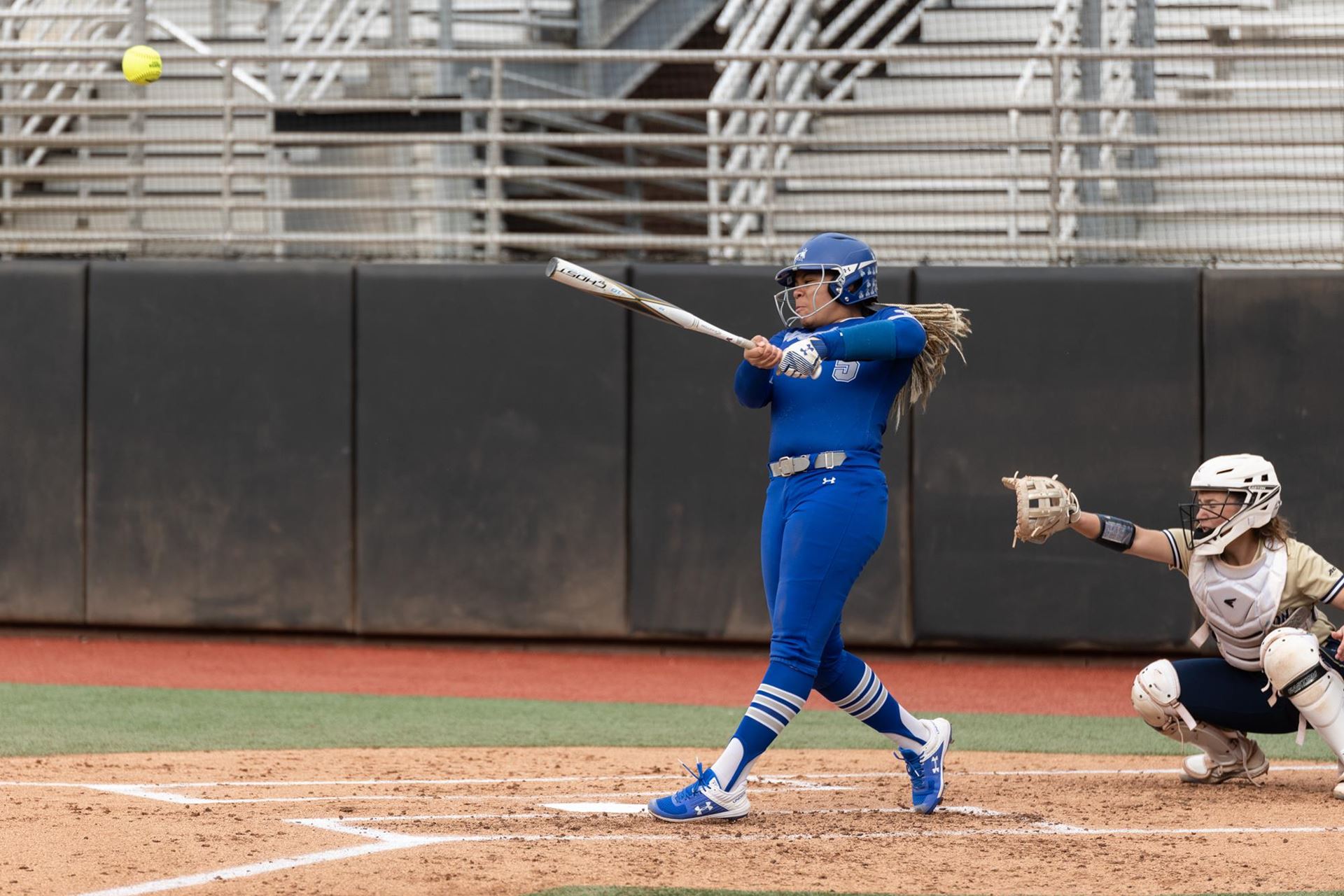 Hampton softball gets a walk-off win over Howard

In a wild finish to the Hampton Classic, Janae Lyles capped a five-run bottom of the seventh with a two-run walk-off blast to left field as Hampton rallied to defeat Howard 7-5 on Sunday.  The Lady Pirates went 5-1 on the weekend as they defeated Morehead State 10-2 in game one.

With one out in the seventh, Mo’ne Davis singled and scored as Skylar Chavez smacked a two-run home run to left.  Jackie Gonzalez reached second on an error and scored as Tiera Washington singled up the middle to plate Gonzalez to tie the game at five.  Casey Walker pinch-ran for Washington and stole second before moving to third on a passed ball.  Lyles then smacked a 2-0 pitch over the left field fence for the win.

Howard tied the game with a two-run fifth on a double by Te’La Beard and a single by Xzarria Simmons to even the game.  The Bison took the lead with a leadoff home run by Ayana Sallee to lead 3-2 after six.  A two-run single by Kalita Dennis gave the visitors a 5-2 lead.

Davis was 2-for-3 with a run scored and Washington was 2-for-4 with one driven in to lead the hitting attack.  Chavez and Lyles each had two-run home runs to lead the RBI attack.  Kennedy Hickey earned win number four on the year throwing the last two innings and striking out one.

In game one, the Lady Pirates got on the board quickly with three runs in the bottom of the first inning.  Skylar Chavez walked and advanced to third as a sacrifice bunt from Jackie Gonzalez was thrown away.  After two outs, Janae Lyles smacked a three-run home run to left field for the early lead.

In the second, with two outs, Mo’ne Davis walked and went to second on a wild pitch before scoring on a Chavez double to push the lead to 4-0.

Morehead State scratched a run in the top of the third, but Hampton answered with two runs.  Tiara Washington walked and Kiaya Jeusi singled pinch-runner Casey Walker to second.  Lyles followed with a double down the left field line to score Walker.  A wild pitch allowed the second run to score in the inning as Hampton held a 6-1 lead.

The Lady Pirates scored two more in the bottom of the fifth as Lexi Lomax tripled to right center to score Brianna Anderson and Lyles for an 8-1 lead.

The Eagles smacked a run across in the top of the sixth on a home run by Kirya Kingery to trail 8-2.  Hampton ended the game via the run-rule with two runs in the bottom of the sixth as Chavez homered to center.  After the second out, Washington singled through the left side and scored on a double to center by Jeusi.

Lyles and Chavez each were 2-for-3 with two runs scored.  Chavez drove in two, while Lyles drove in four runs.  Jeusi joined them in the multi-hit club with a 2-for-4 performance.  Lomax was 1-for-3 with her two-run triple.

Emily Workman got her first win of the season throwing four innings and allowing three hits with three strikeouts.

Hampton returns to action on Friday, March 6 in the Pirate Invitational with Saint Peter’s at noon and Delaware at 2 pm.

Hampton softball gets a walk-off win over Howard