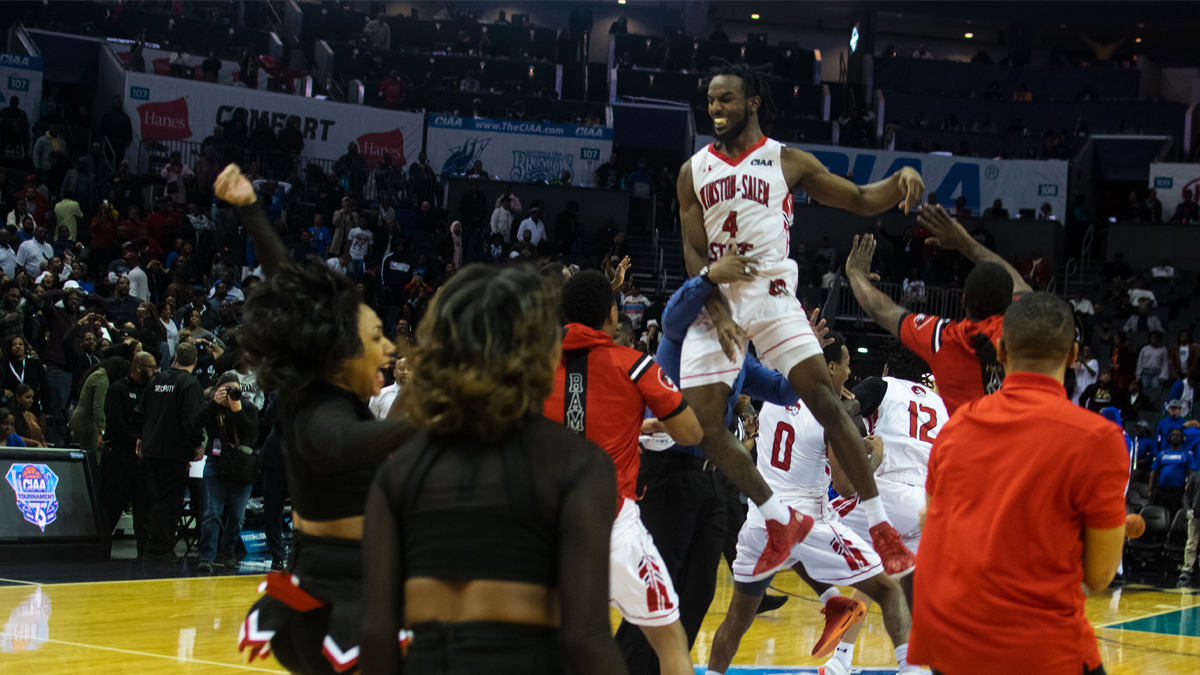 Winston-Salem State University closes out the Charlotte era of the CIAA Tournament with a thrilling win over Fayetteville State.

CHARLOTTE, NC– The CIAA Tournament’s run in Charlotte has come to an end and Winston-Salem State University has been crowned the conference’s king in a technically sold out Spectrum Arena.

“We shoot about 50 free throws before we leave the gym,” Colon said. “So it was kinda routine for me.”

Colon, the tournament’s most outstanding player, scored a game-high 25 points.

The win gave WSSU its 12th title overall, tied for second in conference history, and its first since 2012.

It was WSSU coach Cleo Hill Jr.’s second CIAA Tournament championship, and his first at the school. Hill’s father, one of the greatest players in the conference’s storied history, led WSSU to back-to-back CIAA titles in 1960 and 1961.

Hill went to North Carolina Central to play his college ball, but he’s well-aware of the basketball history of the school. He had Earl “The Pearl” Monroe talk to his team from his hospital bed in New York before the game.