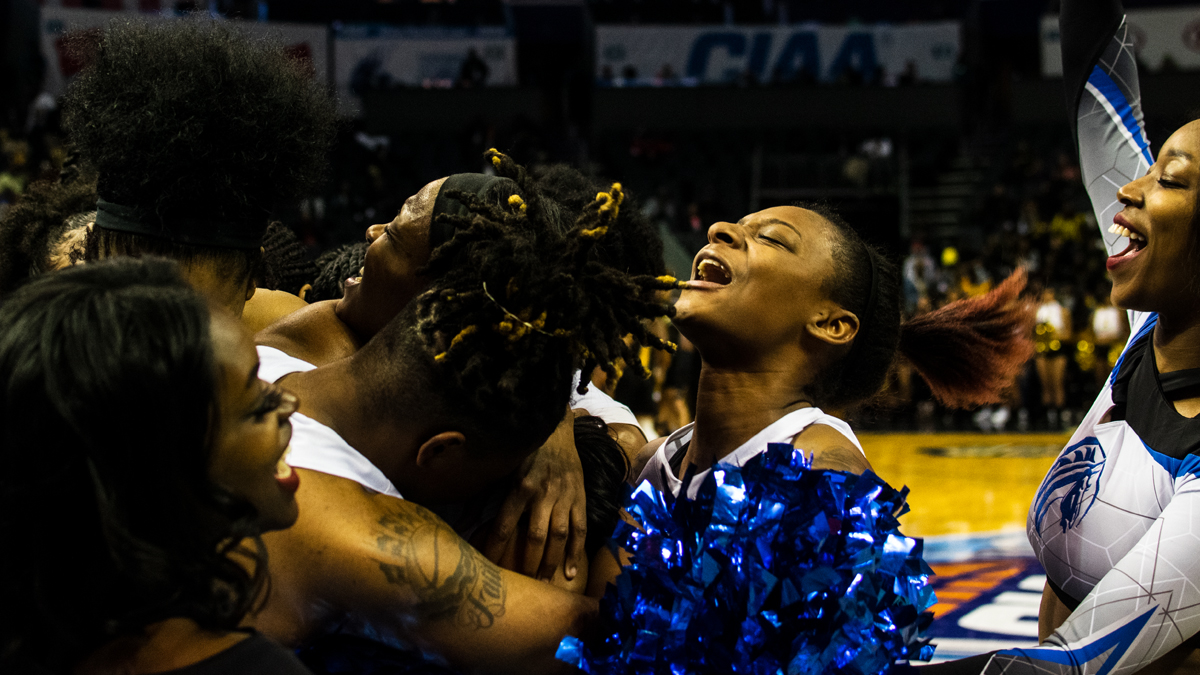 FSU started its season with five straight losses and were counted out as contenders for the title. All of that was silenced Saturday.

CHARLOTTE, NC– Fayetteville State started their season 0-5 and became overlooked and underrated. Now they are CIAA Champions. The Lady Broncos headed into Charlotte on a nine-game winning streak, undefeated in the CIAA South and the division champions.

FSU’s rapid season turnaround was sealed on Saturday afternoon, capitalizing on an early run to take down Bowie State 61-53 in the CIAA Women’s Tournament Championship game.

“I thought we started the game off well, the way we wanted to,” FSU head coach Serena King-Coleman said.

The Lady Broncos started the game on an essential 8-0 run led by two consecutive three-pointers from senior guard Katisha Hyman. After going into halftime tied, the ladies held the Bulldogs to single digits in the third quarter. A 12-6 run to end the fourth led the Lady Broncos to their first CIAA women’s title in ten years.

FSU’s seniors put the team on their back offensively. Guard Shantel Bennett led all scorers with 24 points, followed by 20 points from Hyman.

“We’ve been fighting for four years, we’ve been counted out, we just had something to prove,” Bennett said. “We always had a chip on our shoulder. Especially since last year, how last year ended, but we put that in the past, we set a goal, and we got it.”

FSU appeared in the championship game last season but lost to Virginia Union.

The win gives FSU (21-8, 15-2, 12-0) an automatic bid into the NCAA Women’s Division II Tournament. This will be their first appearance in ten years.

“I think we’ll refocus, we’ll be excited to play when the time comes, but we’re going to enjoy this moment… they’ve worked so hard and long for it, there’s no reason not to,” Coach King-Coleman said when asked about preparing for the D II tournament.

“I think the playoffs are in a couple weeks so they [have] plenty of time to enjoy the moment, and then we’ll have time to refocus and be ready to go in the Regionals.”