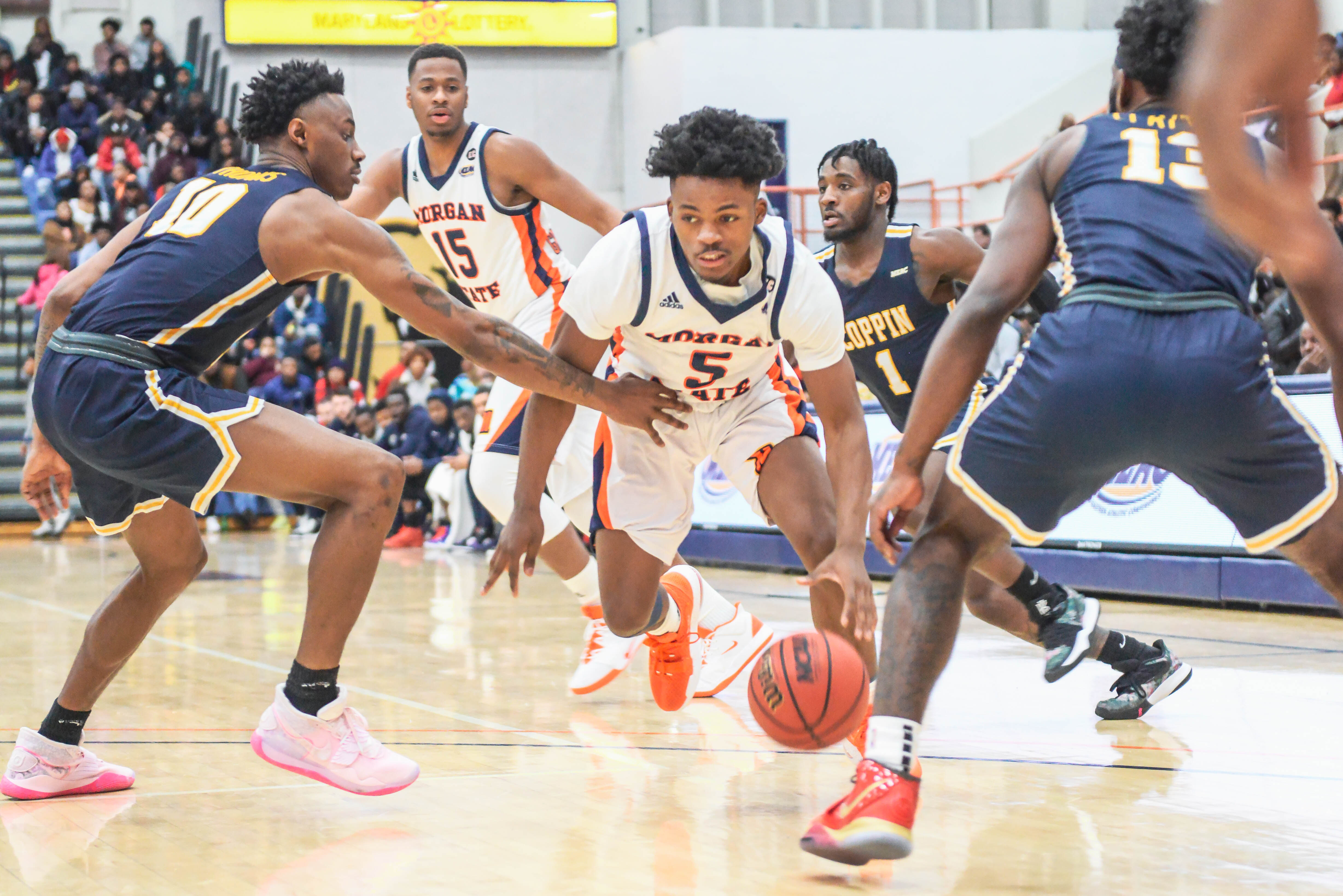 Coppin State capitalizes off turnovers in win over Morgan State

Eagles take round two on the road

BALTIMORE–Morgan State and Coppin State are known rivals. Earlier this season, the Bears snuck out of West Baltimore with a close win after a last-second shot by Sherwyn Devonish-Prince. That Monday, Coppin State coach Juan Dixon was fined by the MEAC due to the harsh criticism of conference officials. Let’s just say that the rivalry is alive and well. In this edition, the game was close again but this ending favored the Eagles, 72-65.

The game started slow. Both defenses were getting settled early. But with the blink of an eye, the Bears took over. They outrebounded the Eagles, 30-12. Offensively, they shot 45 percent from the floor. Malik Miller for Morgan State had 10 points and 14 rebounds at halftime. But turnovers were the Achilles heel for the home team.

The Bears had 27 turnovers in the contest. With that, a seven-point halftime lead was quickly erased in the second half. And 26 points off turnovers was the push that the Eagles needed to take the game on their rival’s floor. Koby Thomas was the star of the night. He scored 28 points off the bench, shooting 68 percent from the floor. Thomas was hard to stop in the paint and even with four fouls, he stepped up.

Stanley Davis and Malik Miller both scored 14 for the Bears. And with this loss, the Bears seeding in the MEAC tournament might be shaky.

What was also shaky was the post-game handshake line between the two teams. A person on the Coppin State staff had a verbal moment with a member of the Morgan State coaching staff. Both sides got very close as Coach Juan Dixon was quickly moved off the court. The situation was quickly de-escalated but there’s no love lost between both sides.

For the first time in recent memory, there’s more intensity within this rivalry. And if the bracket falls a certain way, both teams could meet again in Norfolk at the MEAC Tournament.

Coppin State capitalizes off turnovers in win over Morgan State