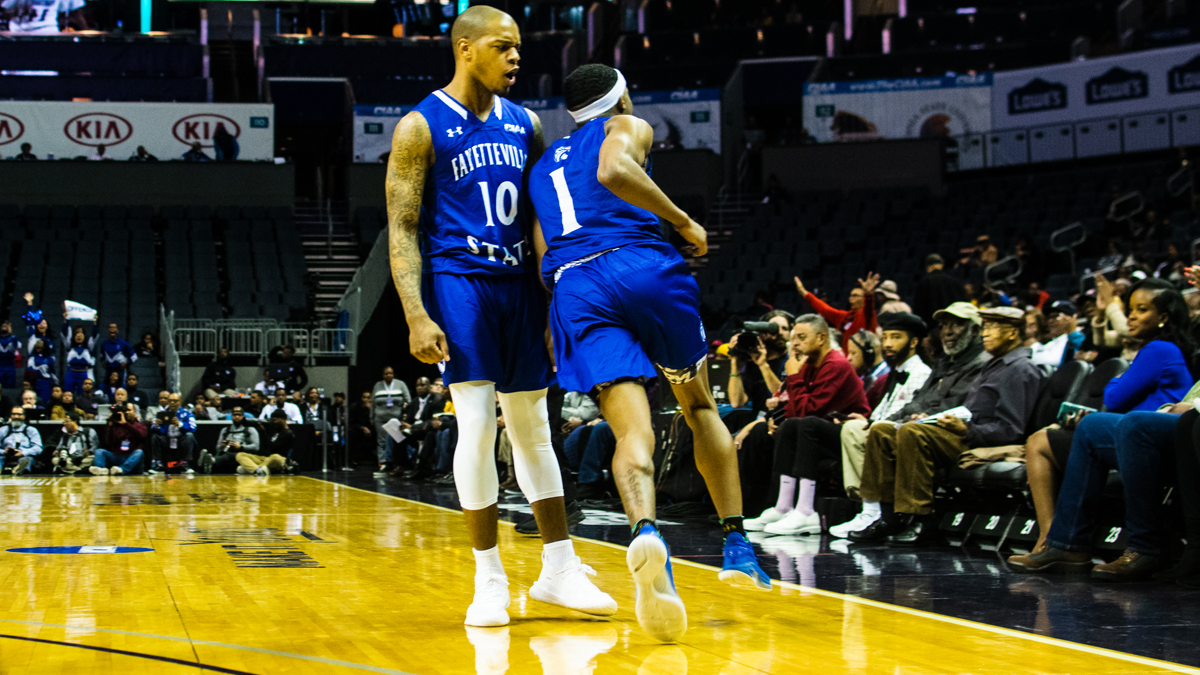 Fayetteville State knocked Virginia Union, the only remaining CIAA North team, out of the CIAA Tournament Quarterfinals on Thursday night.

CHARLOTTE, NC- There’s no doubt that this year, the CIAA Champion will not reside in the CIAA North after Fayetteville State’s 72-67 win over Virginia Union in the Quarterfinals on Thursday evening.

The victory was powered by two big senior contributions from the Broncos. Center Will Brown put up a 22-point, 17-rebound double-double performance alongside 16 points from forward Raymon Pratt off the bench.

Fayetteville State led throughout the first half and opened its lead up to 12 points at one point. Union rallied and went into halftime behind by four, 32-28. A pair of free throws allowed VUU to get a quick one-point lead in the second half, but it was lost just as fast and never returned. FSU eventually opened its lead back up to double digits, but left with the 72-67 victory.

The Broncos have undoubtedly metamorphosed since last year. In the 2018-2019 season, they finished at the bottom of the CIAA South with only seven wins. Their season concluded by getting first-rounded in the tournament. This season, featuring a new coach, the Broncos did a 180. They have seven losses as third seed in a competitive southern division and are advancing to their third consecutive tournament game.

Fayetteville State heads to the Semifinals to face Johnson C. Smith, second seed in the South, on Friday at 7 PM. When the two last met, JCSU won by one point. FSU had three consecutive wins in the teams’ match-up history prior to that.