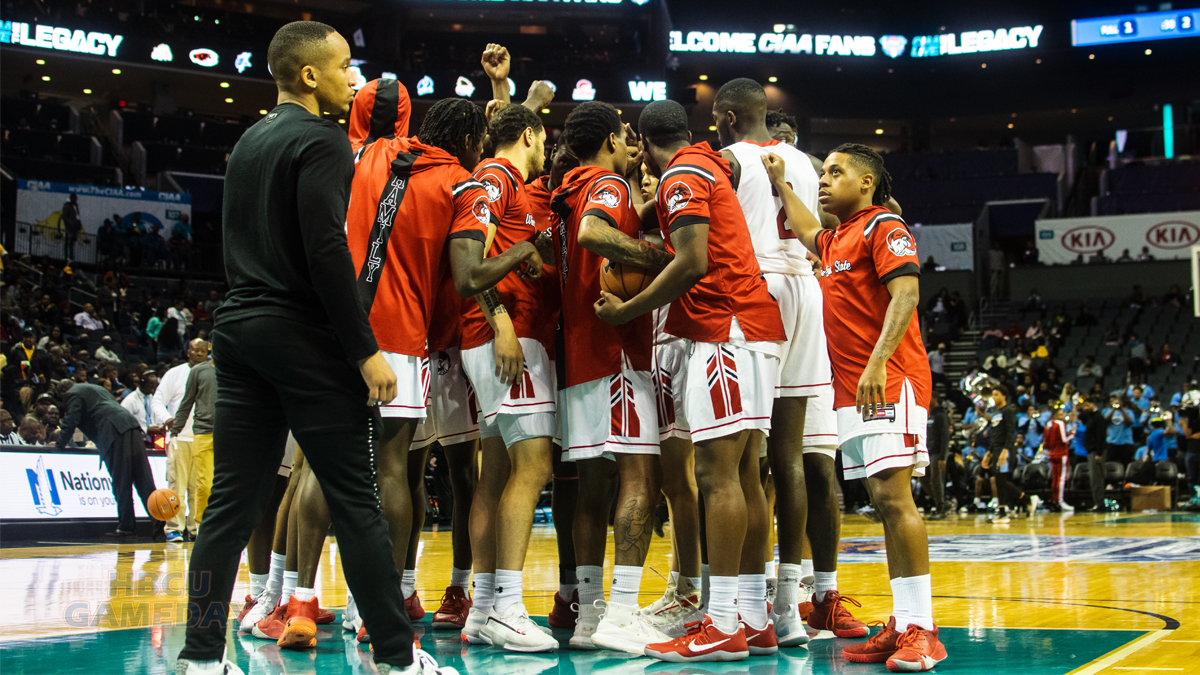 WSSU puts Livingstone away, but isn’t ready to celebrate in the CIAA Tournament

Winston-Salem State put the clamps on Livingstone to advance to the CIAA Tournament Final Four for the first time in five years.

Winston-Salem State and Livingstone played two heated games during the regular season. The third matchup was just as heated, but the result was far more definitive.

WSSU played smothering defense and got a balanced offensive effort for a 71-52 win over its closest rival late Thursday night at Spectrum Center.

The win sent the Rams to the semifinals for the first time since 2015 as they held the Blue Bears to just 29 percent shooting. CIAA Player of the Year Roger Ray was held to just 11 points on 3-for-19 shooting.

Another CIAA rival, Claflin University, awaits WSSU in the semifinals. The game is scheduled to tip off at approximately 9 PM on Friday night and will be broadcast on Aspire.

Jaylen Alston led the Rams with a game-high 17 points and nine rebounds. Three other Rams —Robert Colon, Julius Barnes and Xavier Phenell — scored 10 points each in the win.

Despite that fact, the Rams didn’t celebrate too much as they hope to keep winning.

“We got Claflin next, and they just took down a number one team in the CI, so we don’t wanna take them for a joke,” Colon said. “We wanna just get prepared. Get some sleep. Prepare for the next and hopefully just go on to the championship game.”

WSSU puts Livingstone away, but isn’t ready to celebrate in the CIAA Tournament