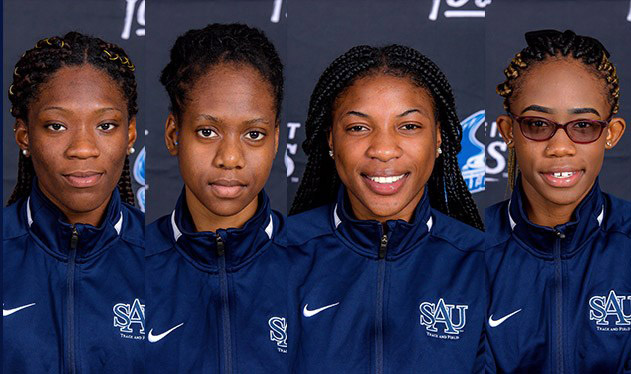 It is rare for a relay team to win a USTFCCCA weekly honor usually awarded to individuals. But the Lady Falcons’ unit was so impressive last weekend that it outshined the other nominees.

Last Saturday at the USC Indoor Open, the foursome of Jaria Hoyte (St. Philip, Barbados), Danielle Scantlebury (So./St. George, Barbados), Davia Smith (Sr./Manchester, Jamaica) and Shannon Kalawan (Sr./Westmoreland, Jamaica) blazed the track in 3:39.39, which is the second-fastest time in Division II history. The only time faster is 3:39.24 set by Lincoln (Mo.) University 23 years ago in 1997.

The 4×400 relay team is the first group or individual from Saint Augustine’s University to earn a USTFCCCA national indoor weekly honor.