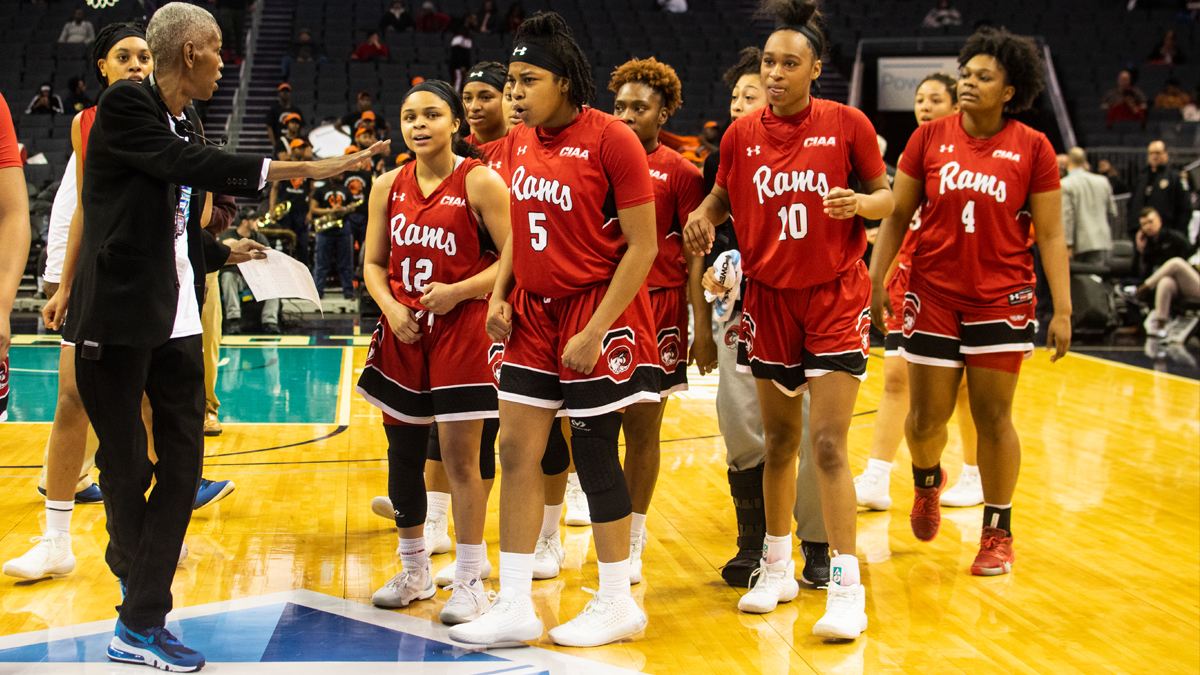 Lincoln came into the CIAA Tournament as one of the favorites, but Winston-Salem State sent it packing with a big upset.

CHARLOTTE, NC– Cinderella is singing in the CIAA and she’s wearing red-and-white.

Winston-Salem State University came into the Spectrum Center and came out with a huge upset, knocking off regionally-ranked Lincoln 63-59 in overtime.

“Ironically we were in the same position two years ago and we fell short,” WSSU head coach L’Tona Lamonte said after the game. “But I think every thing that’s happened, the resiliency of this team, it showed us what we can do when we all lock in and stay focused.”

WSSU, the third seed in the CIAA South, will face division winner Fayetteville State on Friday in the Semifinals. The game is set for 1 PM on Friday afternoon. FSU swept the regular season series.

Depending on how you look at, the game was either a defensive battle or an exihibition in ugly offense. WSSU shot just 32.8 percent, but Lincoln went even lower with 23.7 percent shooting.

Brandi Seegars led WSSU with 15 points. Kwanza Murray scored a game-high 16 points but was just 2-for-15 from the floor.

It was an upset in terms of seeding and records, as Lincoln was 23-5 and WSSU just 13-15. But both games in the regular season were close, and although Lincoln swept her team in the regular season, LaMonte’s squad knew they could play with and beat the highly-favored team.

The Rams have battled injuries all year, losing three starters for the season, and have struggled to get past the quarterfinal round in the past, but their coach thinks a major hurdle was just leapt over.

“This has taken us to another dimension,” Lamonte said. “But I’m so excited about these seniors, because they’ve been with me my whole career (at Winston-Salem State) and the’ve seen the good and bad about what basketball can be.”