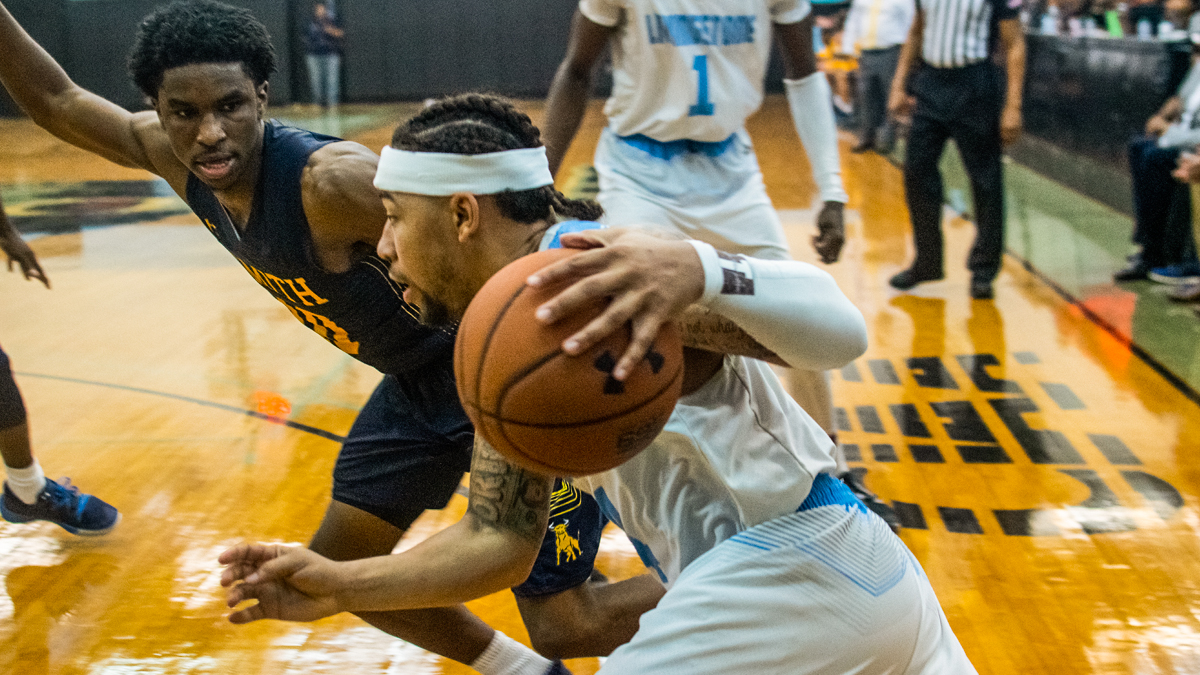 The Livingstone guard carried a heavy load, leading the conference in points, assists and minutes.

Livingstone College senior Roger Ray has been named CIAA Men’s Player of the Year. Ray led the CIAA in both scoring and assists during the regular season with 23.8 points and five assists per game while shooting over 43 percent from the field, seventh best in the CIAA. The Raleigh, NC native ranks second in the conference at nearly 38 percent from three and his 82.8 free throw percentage is top four in the league. One of the top scorers in Division II, Ray’s 45 points against Virginia State were the most by a player in the CIAA this season. The 5-10 lead guard is a three-time All-CIAA selection and will finish his career as Livingstone’s all-time leader in both scoring and assists.

Deaquan Williams of Lincoln University (PA) was selected as CIAA Men’s Defensive Player of the Year. Williams, a Camden, NJ native, leads the CIAA with 11.1 rebounds per game, including a CIAA-best 7.6 defensive rebounds per contest. The 6-8 junior is currently top four or better in Division II in double-doubles, total rebounds, and rebounds per game. He is one of only two players in the CIAA to average a double-double during the regular season, ranking among league leaders at 12.6 points per game.

Winston-Salem State University Coach Cleo Hill, Jr. earns CIAA Men’s Coach of the Year honors. Hill led his program to a 13-4 record in league play and a share of the CIAA Southern Division regular season title. This is the second time Hill has been named CIAA Coach of the Year with the first coming in 2012.