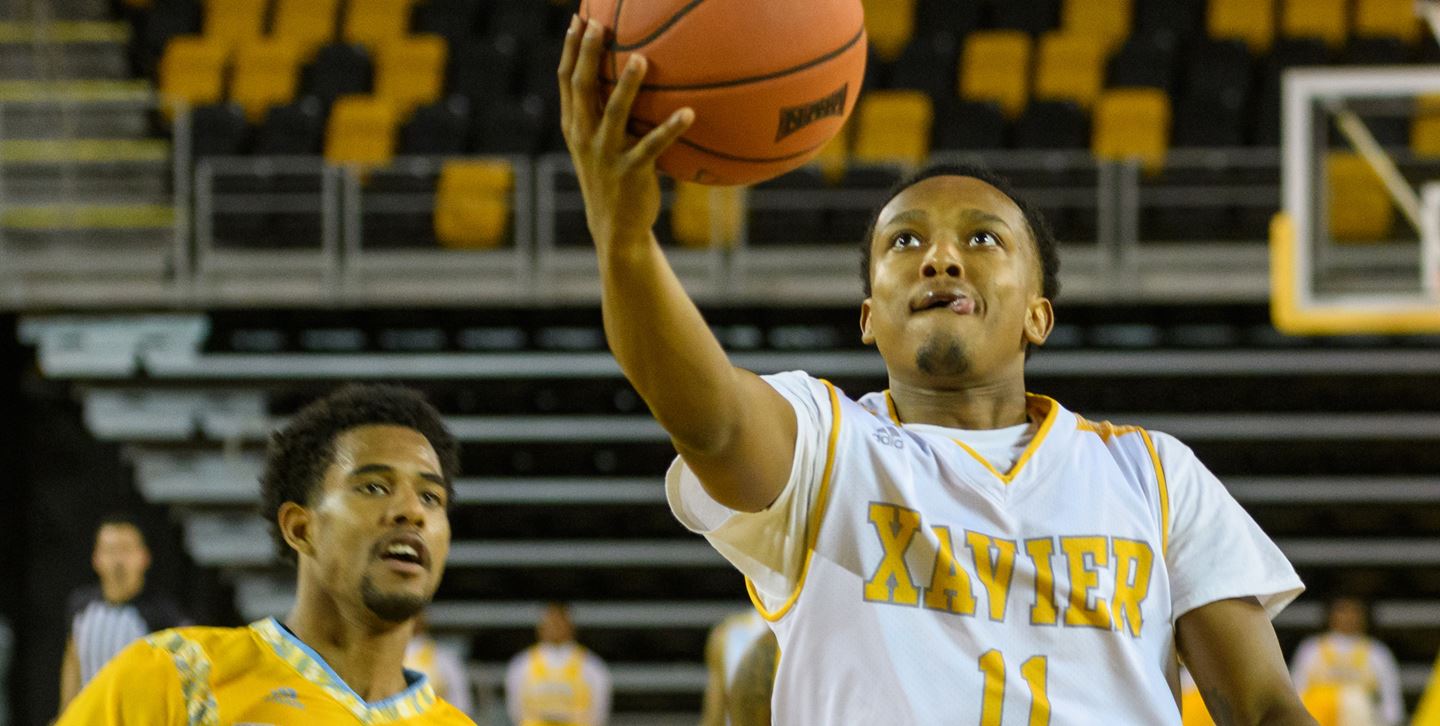 XULA races past Talladega on the road

Xavier clinches home court in the opening round of the GCAC Tournament.

TALLADEGA, Ala. — Freshman point guard TJ Jones scored a career-high 23 points, 16 in the first half, to lead Xavier University of Louisiana to a 91-78 Gulf Coast Athletic Conference men’s basketball victory Saturday against Talladega.

The Gold Rush (22-5, 10-1), ranked 14th in the NAIA, remained a half-game behind first-place Tougaloo but clinched home-court advantage for the opening (quarterfinal) round of the GCAC Tournament March 4. XULA will be seeded no lower than second and play the No. 7 or 8 seed.

XULA will stay on the road and play GCAC opponent Edward Waters at 7:30 p.m. EST Monday in Jacksonville, Fla.

“TJ shot with confidence and was happy to take advantage of what the defense gave him,” XULA head coach Alfred Williams said.

XULA committed a season-low nine turnovers, outshot Talladega 53.6 to 42.4 percent from the floor and scored its most points at Talladega since 1978.

XULA races past Talladega on the road