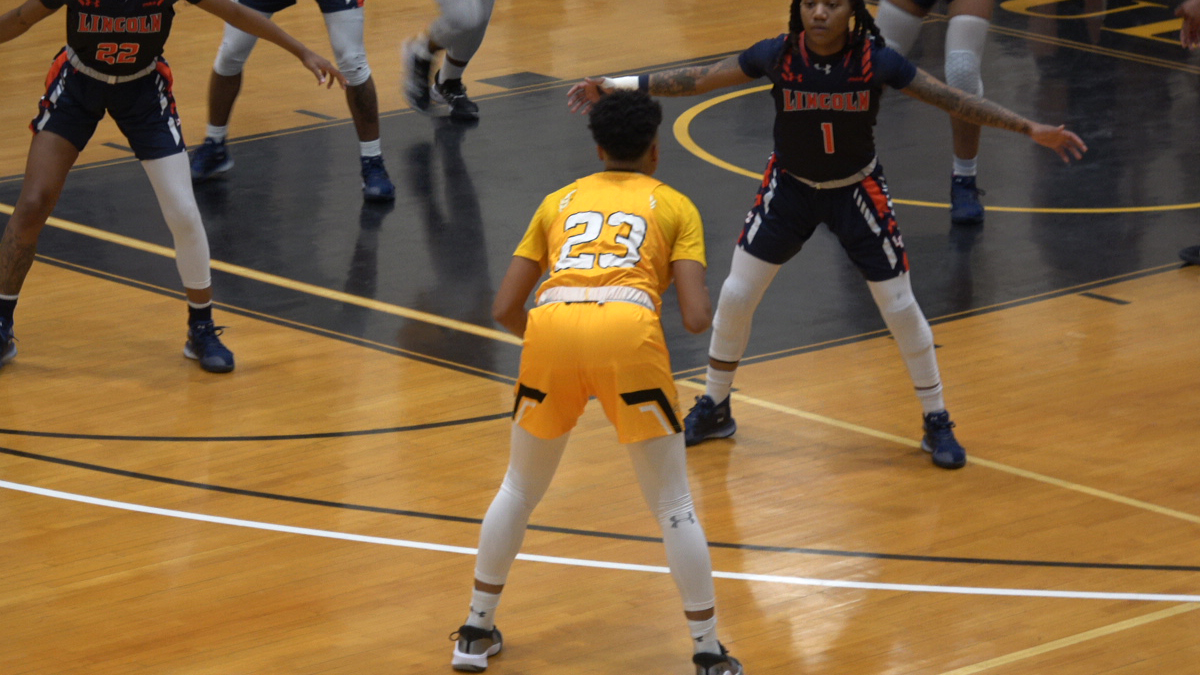 Lincoln (PA) came to Bowie with control of the CIAA North on Saturday, but left under different circumstances after suffering their second straight loss.

Bowie, MD- It was high-stakes hoops in A.C Jordan Arena on Saturday afternoon as Bowie State hosted Lincoln (PA) for round two of the Battle of the North. More than school proximity, the game’s circumstances made the battle’s title fitting; both the Bulldogs and the Lady Lions had a chance to be the CIAA North champion today. Lincoln just needed to win, while BSU needed to win alongside a contributing loss.

Plot twist: neither scenarios played out. BSU’s 60-56 victory obstructed LUPA from keeping the division crown, but that wasn’t enough to acquire the top seed, or second, in return.

The Bulldogs’ victory did not come easily, but resilience against a tough opponent paid off. After seven ties, a 14-3 BSU run ended the third quarter and opened the fourth to allow some wiggle room. The Lady Lions didn’t go away, but the Bulldogs did not lose their lead throughout the fourth quarter.

What are the odds?

As mentioned, the win blocked LUPA from claiming the north but opened a new can of worms. BSU (22-4, 12-3, 6-2) and LUPA (23-5, 12-3, 6-2) finished the season with duplicate conference and division-winning percentages. Moreover, the ladies each have a head-to-head win, and both won their respective games by four points. In this instance, a coin flip determines seeding. LUPA won the toss and second in the CIAA North, giving BSU the third seed.

The top seed and division crown goes to Virginia Union (22-3, 13-2, 6-2), the two-time defending CIAA champions. VUU entered Saturday as the second seed, but its 66-49 win over Virginia State helped pave the way to the top. Union’s crown hunt was amplified with its victory over BSU last week.

BSU will start the tournament against Shaw, the sixth seed in the South, in the opening round on Tuesday, February 25 at Bojangles Colosseum. Tip-off is scheduled for approximately 12:10 PM. LUPA will have a first-round bye and face the winner of Winston Salem-State/Claflin in the quarterfinals on Thursday at Spectrum Arena. Tip-off is at 1 PM.