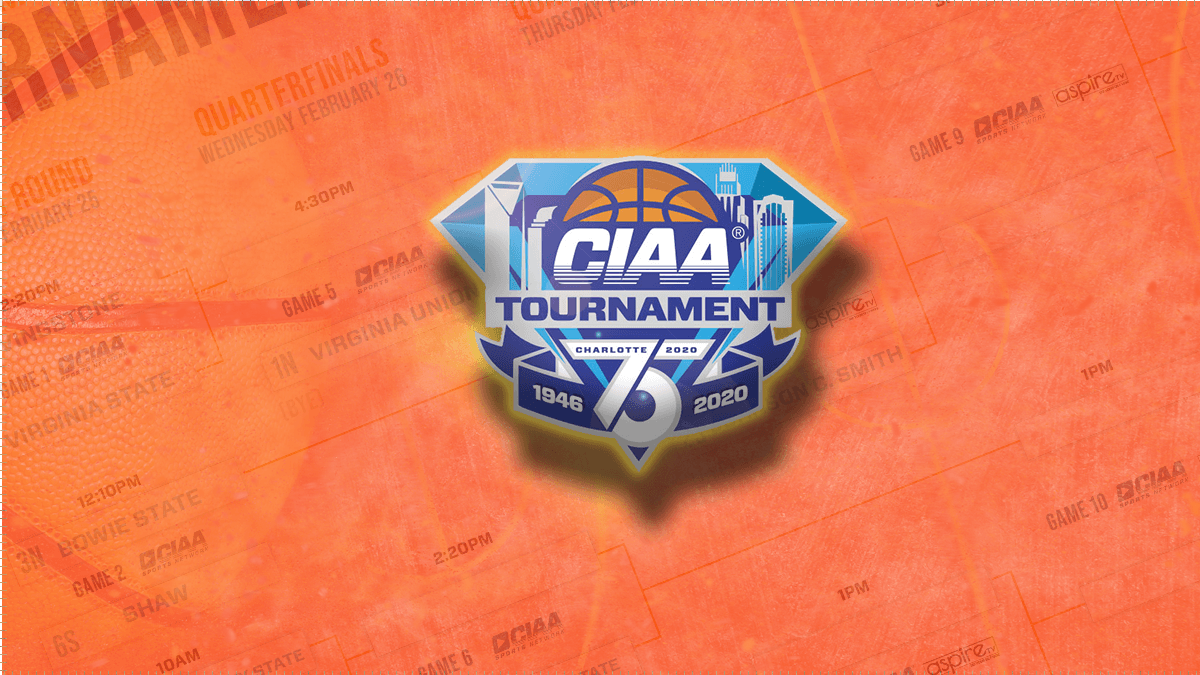 CHARLOTTE, NC – The Central Intercollegiate Athletic Association (CIAA) announces the brackets for its 2020 Women’s and Men’s Basketball Tournament. The single-elimination tournament will be held in two venues again this year: Bojangles’ Coliseum February 25-26 and Spectrum Center February 27-29. Championship games will tip-off at 1:00 p.m. for the women followed by the men at 4:30 p.m. on Saturday, February 29.

Virginia Union solidified the women’s Northern Division title and the top seed in the division with a win over Virginia State on Saturday and finished the regular season with a 13-2 conference record.

By virtue of a coin toss, Lincoln (PA) receives the no. 2 seed in the North ahead of Bowie State, who will be the no. 3 seed, after both teams finished with a 12-3 record in league play. As a reminder, the conference’s tiebreaker record is as follows: divisional record, head-to-head competition, head-to-head point differential, and a coin toss.

Elizabeth City State will be the no. 4 seed followed by Virginia State as the no. 5 seed in the division.

Rounding out the rest of the seeds in the division are Livingstone at no. 4 and Saint Augustine’s at no. 5 followed by Shaw and Claflin at no. 6 and no. 7, respectively.

The Women’s Tournament will tip-off Tuesday, February 25 at 10:00 a.m. with Elizabeth City State vs. Saint Augustine’s. Other women’s contests on Tuesday include: 12:10 p.m. Bowie State vs. Shaw, 2:20 p.m. Livingstone vs. Virginia State, and 4:30 p.m. Winston-Salem State vs. Claflin. In the quarterfinals, Fayetteville State will await the winner between Elizabeth City State and Saint Augustine’s for a 2:20 p.m. tipoff on Wednesday while Virginia Union will await the winner of Livingstone and Virginia State for their 4:30 p.m. contest. On Thursday, Lincoln (PA) will play the winner of Winston-Salem State and Claflin while the winner between Bowie State and Shaw will advance to face Johnson C. Smith at 3 p.m.

The men’s Northern Division was clinched by Virginia State, who finished with a 12-3 conference record. The Trojans are followed by no. 2 Virginia Union and no. 3 Bowie State who close out the regular season at 11-4 and 8-7, respectively. Lincoln (PA) comes in at no. 4 with a 5-10 record in league play followed by Elizabeth City State as the fifth seed with a 4-11 record.

In the Southern Division, Johnson C. Smith and Winston-Salem State share the division title with identical conference records of 13-4 but the Golden Bulls receive the top seed by virtue of the divisional record tiebreaker. Coming in with a 10-7 record is the three seed Fayetteville State followed by no. 4 Claflin, who sport a 9-8 record in league play. Despite their matching 5-12 records, Saint Augustine’s gets the nod over Livingstone for the fifth seed based on the divisional record tiebreaker. Shaw is the no. 7 seed in the division with a record of 2-15 in conference play.

The Men’s Tournament will tip-off Tuesday at 6:40 p.m. with Lincoln vs. Saint Augustine’s followed by Claflin vs. Elizabeth City State at 8:50 p.m. Men’s quarterfinal action will begin on Wednesday at 10:00 a.m. with Fayetteville State taking on Shaw followed by Bowie State vs. Livingstone at 12:10 p.m. Virginia State will play the winner of Claflin and Elizabeth City State at 6:40 p.m. on Wednesday and Johnson C. Smith will face the winner of Lincoln vs. Saint Augustine’s at 8:50 p.m. The quarterfinals continue on Thursday as Virginia Union takes on the Fayetteville State/Shaw winner at 7 p.m. while Winston-Salem State takes on the winner of Bowie State and Livingstone at 9 p.m.

All games will be broadcast on the CIAA Sports Network (https://theciaasn.com/) with the final eight games also being shown on Aspire TV.