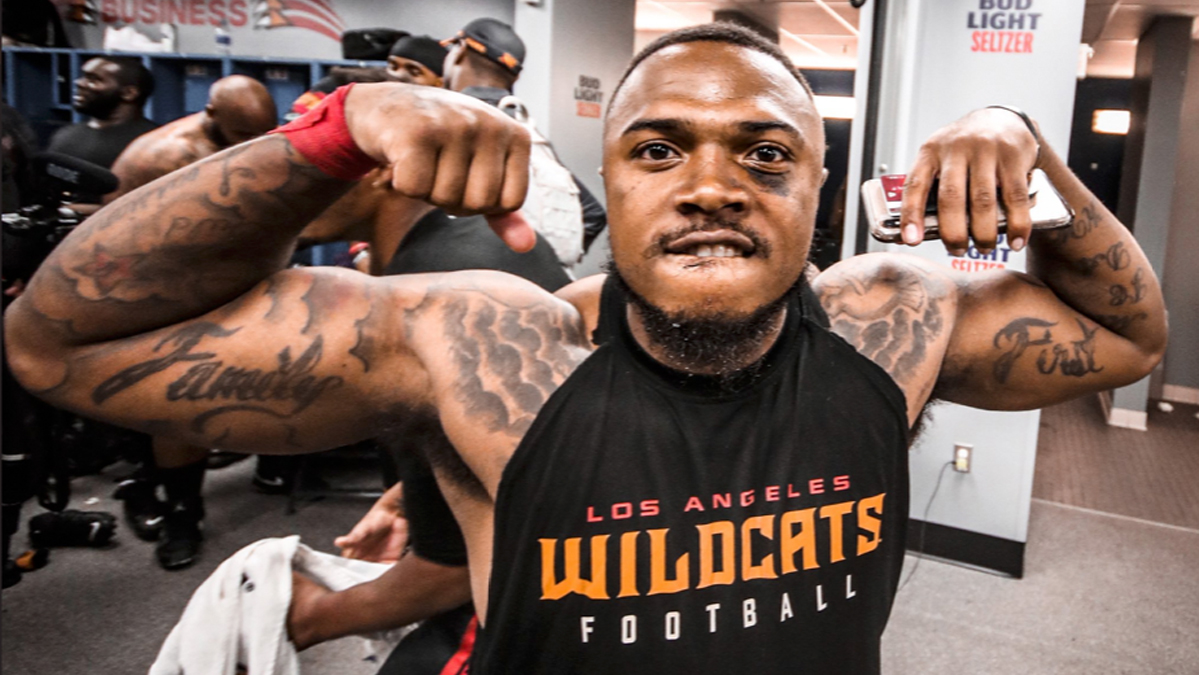 Grambling’s Martez Carter puts on a show in the XFL

Former Grambling Star Martez Carter showed why he was known as “Mr. Excitement” in the SWAC.

Martez Carter officially started his pro career as a member of a Washington football franchise, but he had his coming-out-pro football performance against another Washington franchise.

The former Grambling running back scored three touchdowns in the Los Angeles Express’ 39-9 win over the Washington Defenders on Sunday night in a marquee XFL game.

The first was a diving score from about three-yards out.

The second, and most memorable, was an 18-yard swing pass that Carter took to the house with a forward flip into the end zone.

“The play been drawn up all week,” Carter told Fox Sports. “It was a great time to call it. I had a chance to give y’all an up and over, and we went up and we went over.”

Carter’s third and final score was an 18 yard run around the end that concluded in another dive.

Carter finished with 34 yards and two scores on 11 carries to go along with three catches for 41 yards and a score.

The Monroe, Lousisana native looked like he was back in the SWAC. He terrorized defenses in college, helping Grambling win back-to-back SWAC titles in 2016 and 2017 as well as the 2016 Celebration Bowl and Black College National title.

He went undrafted in 2018 but signed with the Washington Redskins where he was cut late in training camp. He was later signed to a reserve/futures contract with the hometown New Orleans Saints, but was released in spring of 2019.

Carter is the kind of player that the XFL was made for. While he may be considered a fringe NFL back, he’s still a very good athlete and capable of big plays, as the Washington Defenders saw on Sunday.

Keep an eye out for Mr. Excitement the rest of the season in the XFL.

Grambling’s Martez Carter puts on a show in the XFL