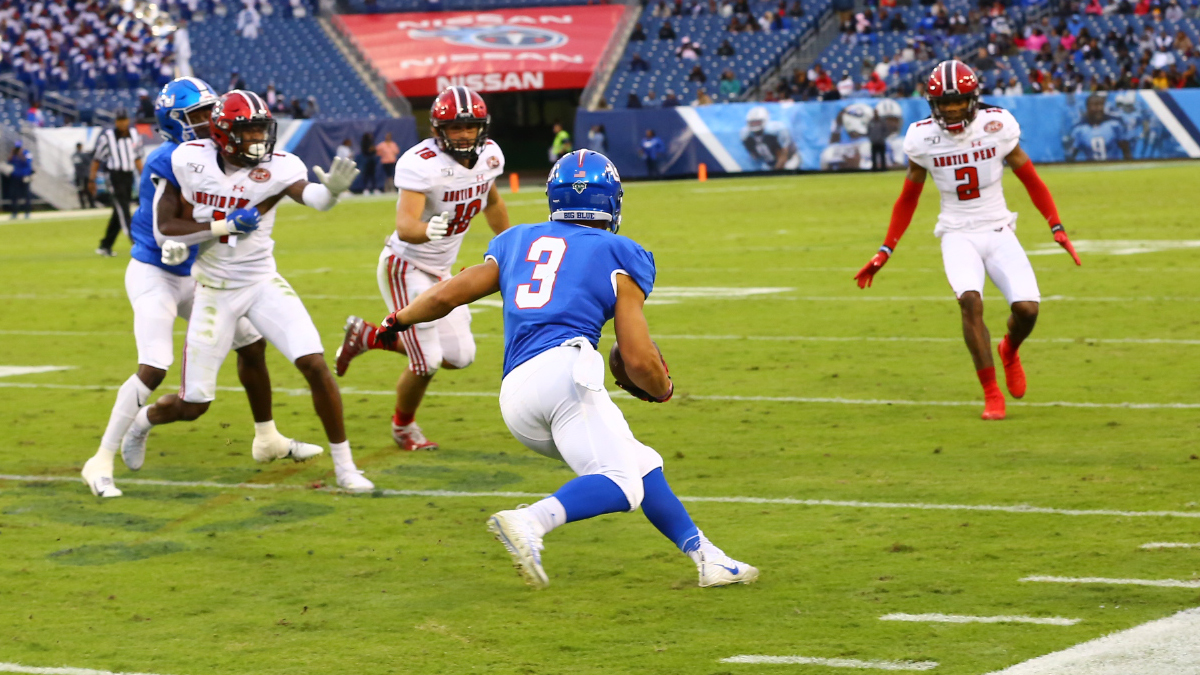 For the first time in the three-year history of the Deacon Jones Trophy, the award winner didn’t come from a historically black conference.

While at Tennessee State, Rowland set an HBCU record with 104 receptions during the season, eclipsing the old mark of 103 set by Black College Football Hall of Famer Jerry Rice in 1984. He was named First Team All-Ohio Valley Conference (OVC) as a wide receiver and return specialist. Rowland led the Conference in receptions, yards (1,437) and all-purpose yards (2,110), and was named OVC Offensive Player of the Year. He was the only Division I player (FBS or FCS) to score a touchdown via kick return, punt return, reception, and rushing.

After leading the nation in receiving yards per game (119.8), Rowland was selected to play in the NFL Players Association Collegiate Bowl . He was also a Finalist for the Walter Payton Award, named after the Black College Football Hall of Famer, which is given to the FCS Offensive Player of the Year.

“Chris had one of the most prolific seasons as a wide receiver in HBCU history,” Harris said. “He is a great testament to the talent Black College Football, and wish him well in the next chapter of his football career.”

The Player of the Year was voted on by a five-member Selection Committee, which is composed of Black College Football Hall of Fame Co-Founders James “Shack” Harris and Doug Williams, Power News Radio Network’s Ty Miller, College Football on ESPN Analyst Jay Walker, and former USA Today sports writer Roscoe Nance prior to his passing.

Rowland is just the third recipient of the Deacon Jones Trophy. The inaugural winner was current Chicago Bears running back Tarik Cohen (North Carolina A&T State University ) in 2016, and the winner in 2017 and 2018 was quarterback Amir Hall of Bowie State University.