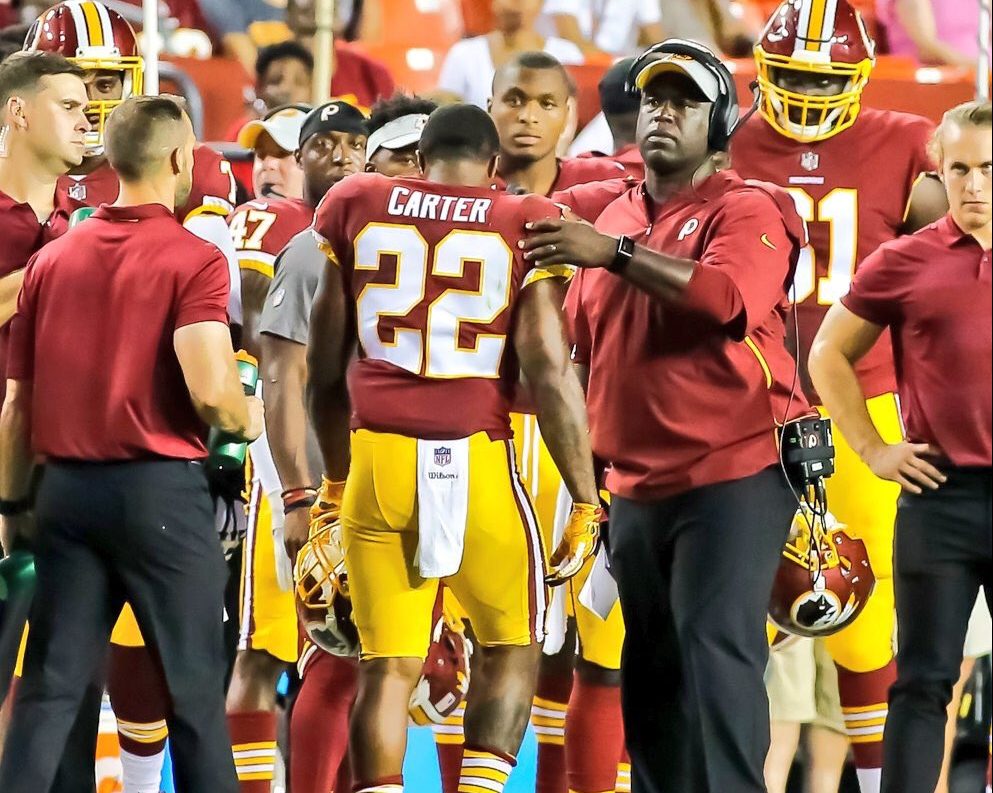 Pro football doesn’t reward past performance, only the potential for tomorrow. Former Grambling State star Martez Carter was released by the NFL franchise in Washington on Saturday, just two days after an impressive seven carry 45-yard performance against the New York Jets.

Carter injured his leg in Thursday’s preseason game, and Washington designated him as injured and waived him.

Thank you @Redskins for the chance to showcase my talent it’s been a blast #HTTR#DownNotOut☝️😎 pic.twitter.com/KwHPveWubb

Carter had been working his way up the depth chart aided in part by the injury bug. Running back Derrius Guice, a second-round draft pick by Washington tore his ACL during the first preseason game.  Camp observers labeled Carter as a potential break out player who was showing the moves necessary to make the final roster.

I’ve never been to a NFL game before let alone played in one‼️ last night all of that changed😫 God is good🙏 and he is for sure working in my favor☝️😎 my first couple of touches‼️#HTTR🦍‼️ pic.twitter.com/DV9WCS3nEc

Carter was an undrafted free agent out of Grambling, making him expendable in the business of professional football. In a post on his Twitter account, Carter thanked Washington for the opportunity and described his experience as a “blast.”

The timetable for Carter’s ability to return to the playing field isn’t known, but the rookie does have quality action on tape for his lone NFL game.  Jay Gruden announced Carter’s release from Washington after Saturday’s practice.

518
The Latest in HBCU Sports and Culture