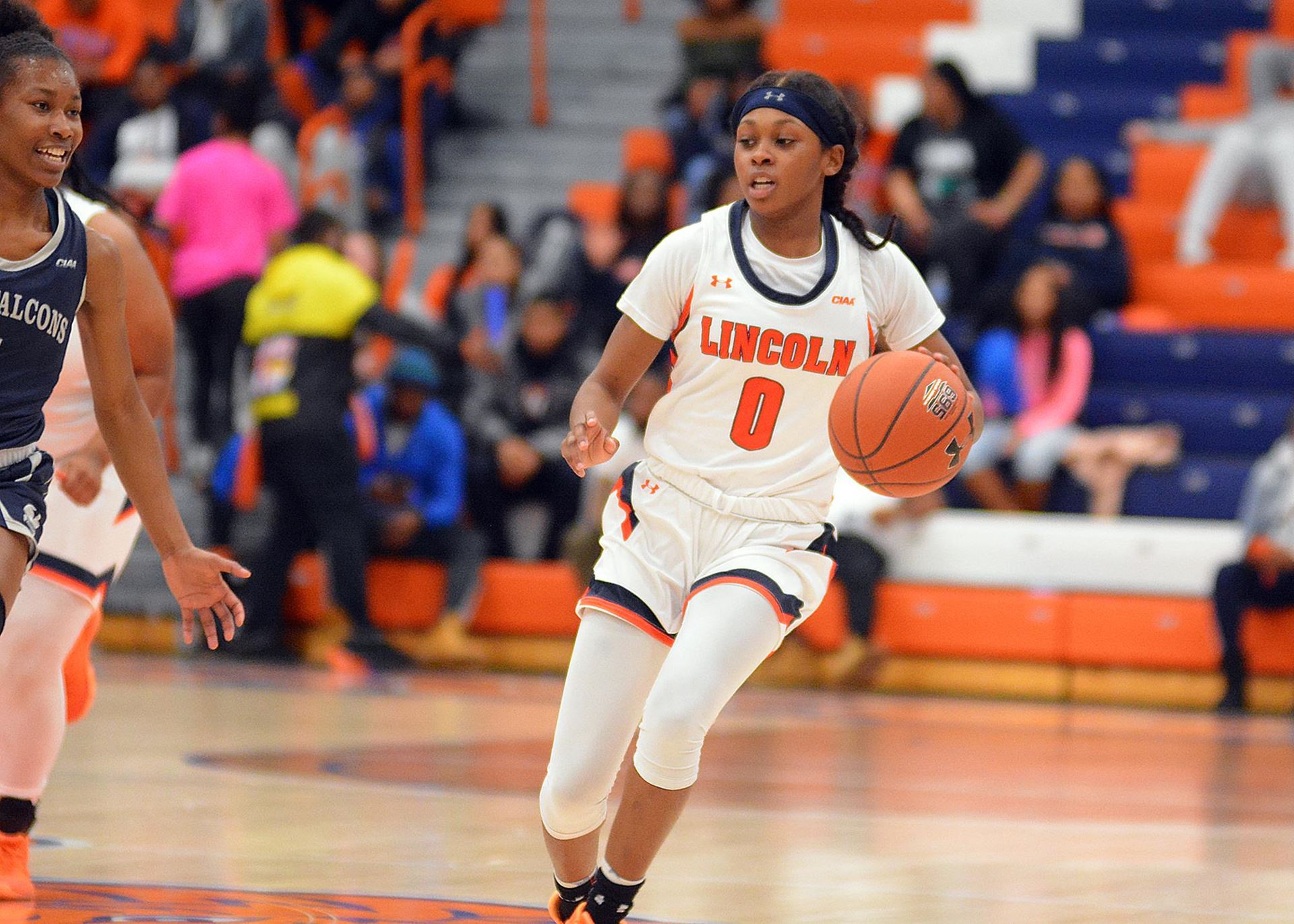 The record-breaking season that belongs to the Lincoln University women’s basketball team added another milestone to their resume as they recorded their program-record 23rd win holding off a scrappy Virginia State University squad 65-58 at VSU’s Multipurpose Center in Ettrick, Virginia.

The Lions improve to 23-3 overall and 12-1 in Central Intercollegiate Athletic Association games.  The win is the Lions’ tenth straight, also a program record.  The Lions are also 6-0 against North division opponents this season with two division games remaining.  The Trojans fall to 9-17 overall and 4-9 in league play.

Brittany Hinton (Philadelphia, Pa./Imhotep Charter (Baltimore City C.C)) opened the scoring for Lincoln as they quickly jumped out to a 10-3 lead, increasing it to nine 15-6 on a pair of free throws from Morton.  VSU however scored the final eight points of the quarter to close within one 15-14.

The Lions took control of the game in the second quarter, outscoring their hosts 21-7 to lead by 15 at the break, 36-21.   A 13-2 run midway through the quarter was the key as the Lions connected on three three-point baskets (Cheeks, Spencer and Brown) to grab their biggest lead at 34-18.  Following a three-ball by VSU’s Shalyn Washington, Lilly made a layup to round out the scoring for the half.

The VSU squad battled in the third quarter, scoring the first seven points to bring the lead down to single digits before Lincoln used a 9-2 spurt to go back up by 15, 45-30.  Lincoln still led by 52-37 with 2:45 left in the quarter when the Trojans went on a 9-2 run to close out the quarter, energizing the crowd as they pulled within eight 54-46 heading into the fourth quarter.

A layup from Young was the Lions only points in the first 4:34 of the period as the scrappy Trojan squad cut the Lions lead to three 56-53 with 5:26 left.  Spencer followed with five straight points (two free throws and a three-point bomb) to quickly put Lincoln back up by eight 61-53 with 3:41 left.  VSU added a basket at 2:27 and Madison’s layup with 47 seconds left again put the Lions up eight.  Jordan Miller cut the lead to five with a three-point bank shot with 30 seconds left before Morton sealed the win with two free throws with just seven ticks on the clock.

The women’s basketball team returns to action on Saturday, February 15, 2020 when they visit nationally-ranked Virginia Union University.  Tipoff is at 2:00 p.m.