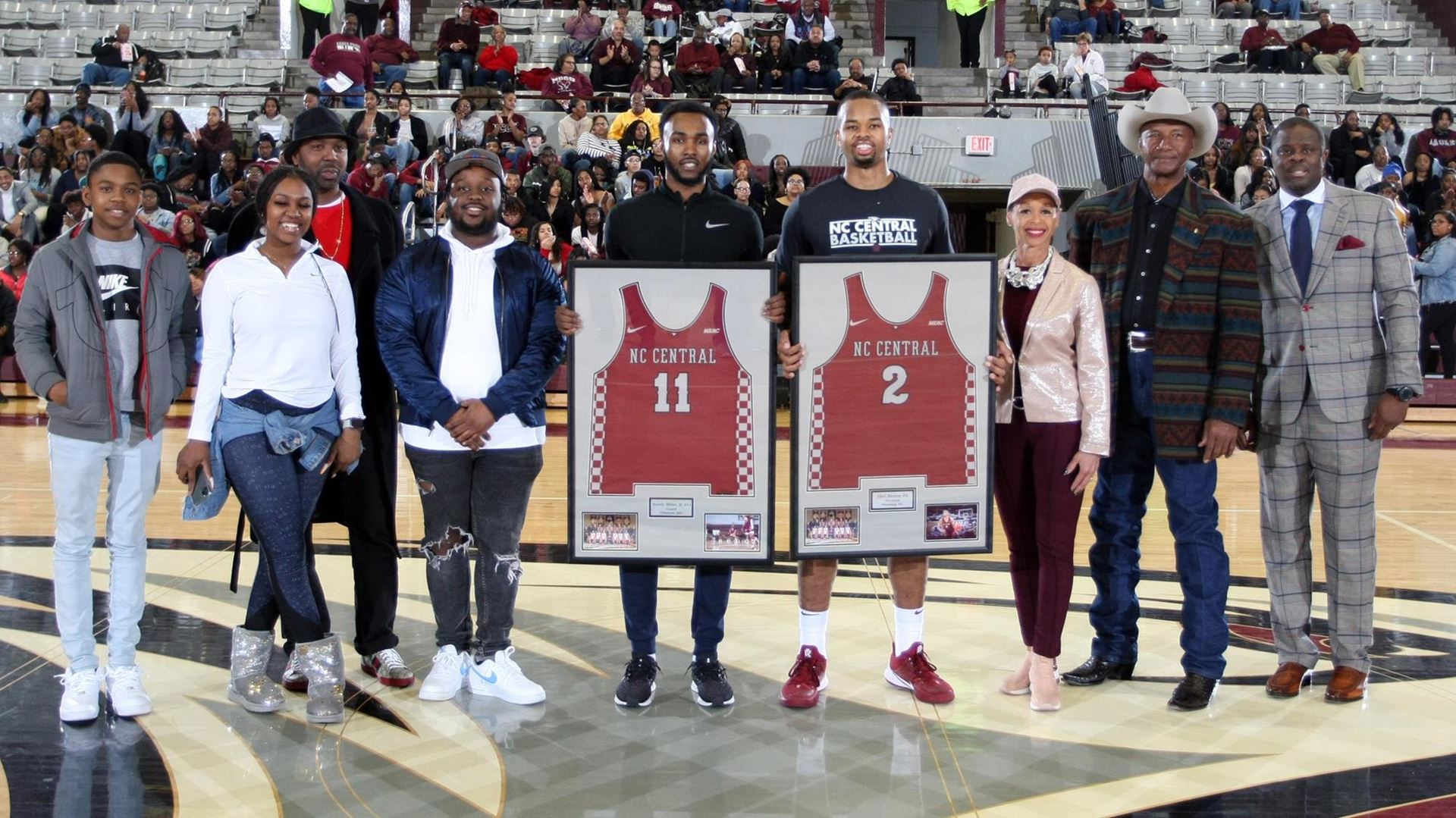 DURHAM, N.C. – North Carolina Central University took an early lead and never looked back as the Eagles put up a 74-55 win over Maryland Eastern Shore on Saturday, Feb. 22 at McDougald-McLendon Arena.

The Eagles got going early as Nicolas Fennell (Bowie, Md.) opened the scoring with a three-pointer, and NCCU hopped out to a 13-2 lead over MDES (5-22, 4-8 MEAC).  The Eagles never relinquished the lead for the entirety of the contest, and built a lead as big as 21 points on the way to a 74-53 win.

Blount had a double-double after the first 20 minutes of play with 17 points and 11 rebounds, and he went on to build to game-highs of 28 points and 18 boards at the end of the contest.  Fennell also was a big contributor for the Eagles with 16 points and five rebounds, and Jordan Perkins (Greensboro, N.C.) pushed out a game-high seven assists with seven points and five rebounds as well.  Deven Palmer (Hyde Park, Mass.) helped with rebounding with seven boards and eight points for the maroon and gray.

As a team, NCCU out-rebounded MDES 44-29, and the Eagles have now won 12 consecutive games at home inside McDougald-McLendon Arena.