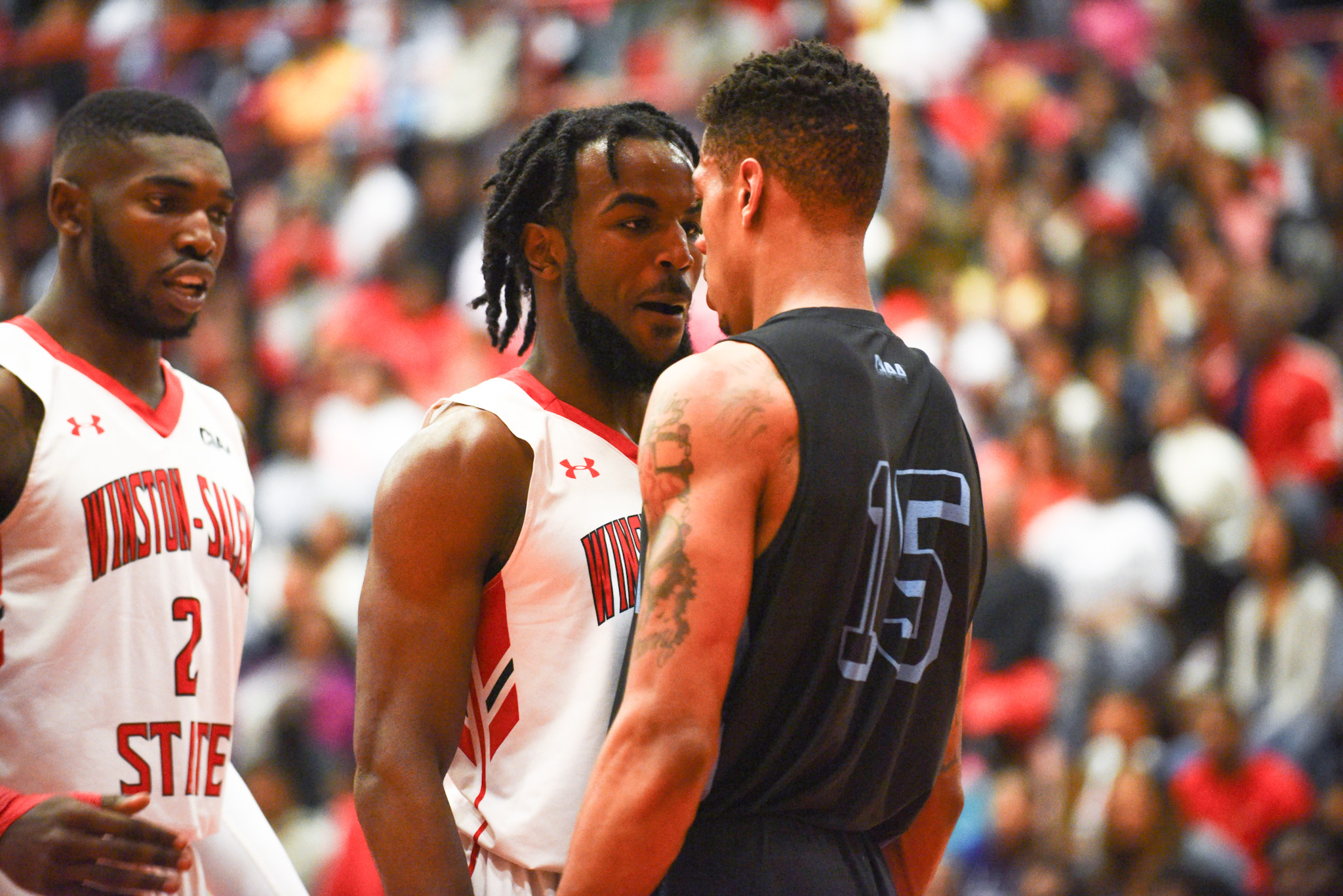 Virginia State hangs on in north, WSSU and JCSU hold on in south ahead of CIAA Tournament

Virginia State, Johnson C. Smith and Winston-Salem State all claimed CIAA division titles, but WSSU is the odd-man out.

Virginia State continues its reign in the CIAA North, meanwhile the CIAA South has not one, but two new champions.

Johnson C. Smith (19-7) and Winston-Salem State (16-10) both won a share of the CIAA South title on Saturday with wins over Shaw and Livingstone, respectively. However, JCSU will take home the no. 1 overall seed for the division, earning itself a bye should it win its quarterfinal game on Wednesday night at Bojangles Coliseum. It will will play the winner of Tuesday’s Lincoln/St. Aug game on Wednesday night at 8:50 PM.

The no. 1 seed was determined by a coin-flip as both teams finished 13-4 in the CIAA.

JCSU’s title win was relatively easy, as it handed Shaw a 80-62 loss at home in Brayboy Gymnasium. Seniors Cayse Minor and Nenad Millenkovic led the way for the Golden Bulls with 17 points each.

Up the road in Winston-Salem, the Rams had a much tougher time securing their piece of the pie. They needed overtime to overcome the Blue Bears who got 31 points from Roger Ray.

Sophomore Jaylen Alston led WSSU with 23 points on 7-for-10 shooting and added six rebounds. WSSU will play the winner of the the Livingstone/Bowie State game at 9 PM in Spectrum Center on Thursday night.

Virginia State won its third-straight CIAA North title even though it lost on Saturday. Rival Virginia Union took down VSU for the second time this season. VUU, which is second in the CIAA North, came up with an 83-78 win.

VSU, the defending back-to-back CIAA champion, will face the winner of the Claflin/Elizabeth City State game on Wednesday night at 6:40 PM.

Virginia State hangs on in north, WSSU and JCSU hold on in south ahead of CIAA Tournament