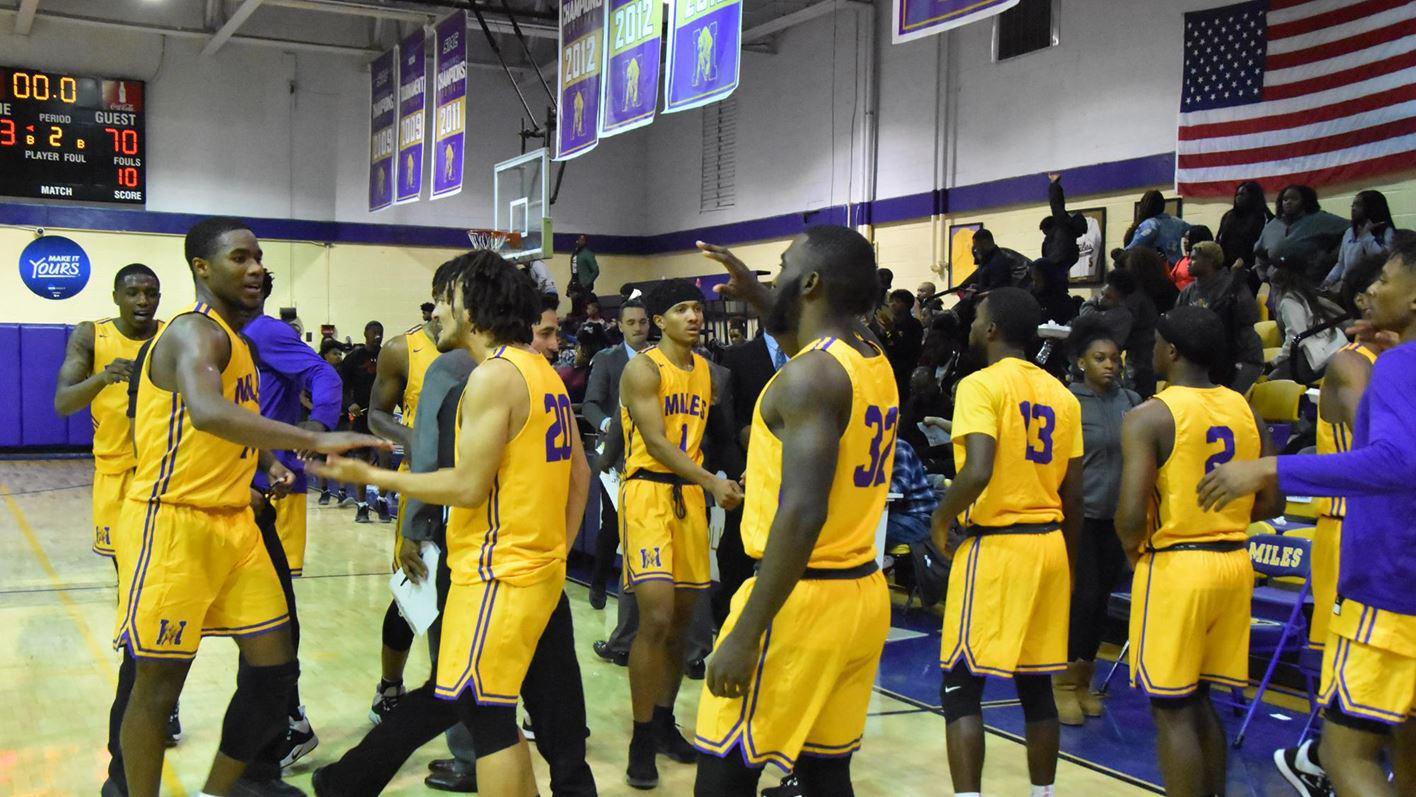 Golden Bears clinch the top seed in the SIAC Tournament.

It’s been a year of firsts for Miles basketball. First back to back 20 win seasons. First time ever being ranked in the national polls. And now the no. 24 Golden Bears (21-3, 16-2 SIAC) have a school-record 13 wins in a row after a 72-53 win over Tuskegee on senior day.

The Golden Bears led Tuskegee (16-9, 13-5 SIAC) by just five points at the break but turned up the heat in the second half for the 19 point win.

Miles College has won the SIAC Western Division title for two years in a row, all under new head coach Fred Watson. The defending SIAC champs will enter the tournament as the number one seed.

Miles will travel to LeMoyne-Owen on Tuesday before playing an exhibition against Carver College on Thursday in Atlanta. Tuskegee closes out the regular season on Tuesday at Spring Hill College.