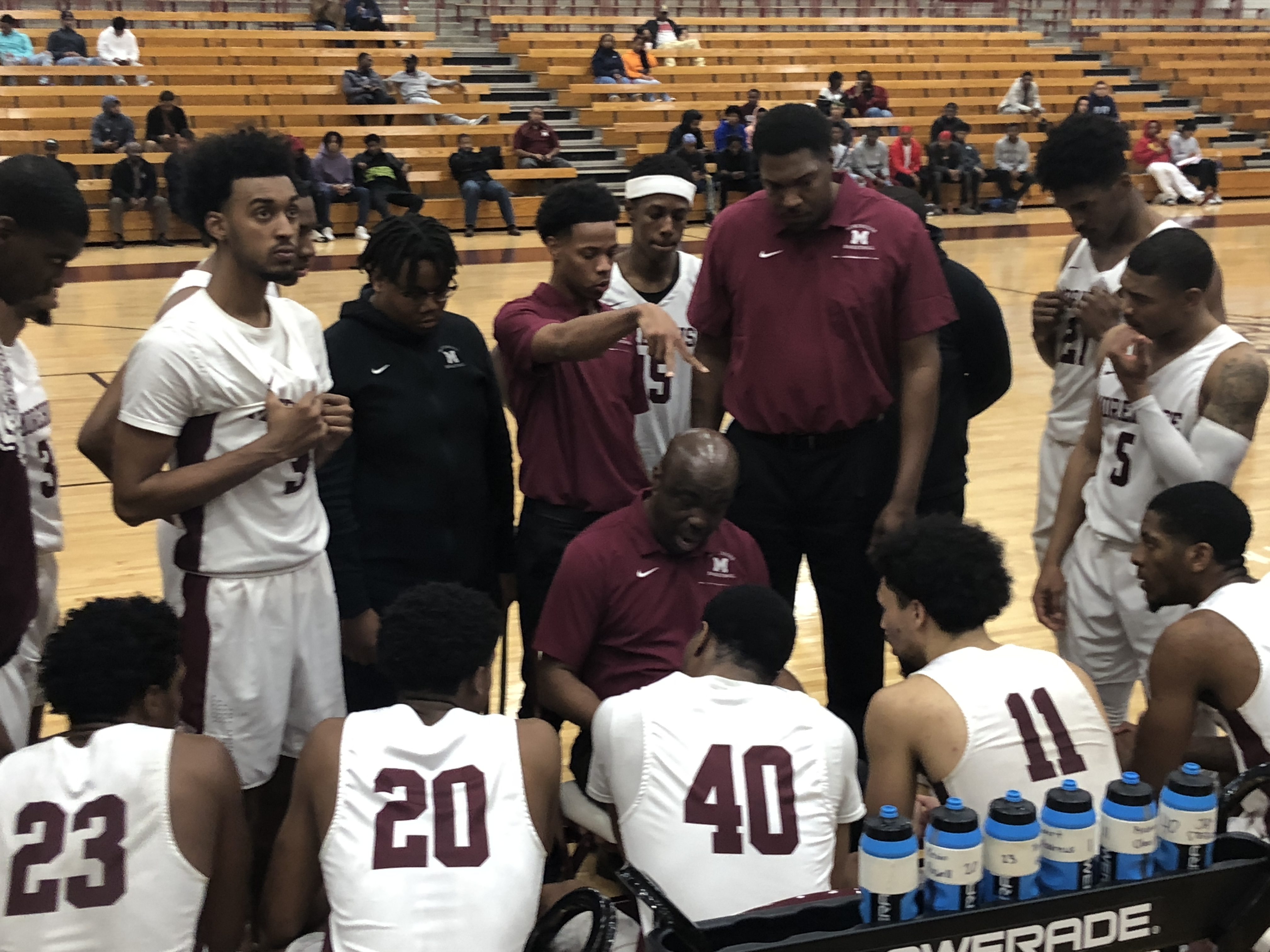 MHC got off to a slow start falling behind 17-8 at the 13:02 mark of the first half. Morehouse would respond with tenacious defense helping them to go on a 27-9 run to end the half giving the Maroon Tigers a 35-26 halftime lead.

Benedict stormed out of the locker rooms to take their largest lead of the half at 58-50 with 6:11 remaining. Again, the maroon and white responded with a spirit of their own ending the final six minutes on a 20-8 run to seal the 70-66 victory.

Individual Leaders
The Maroon Tigers were led by Olmert who finished with a team-high 20 points, eight boards, and seven assists. Andrews with a double-double with 15 points and 10 rebounds while Tremell Gooden scored 14 points and snagged six boards.

Benedict College’s Tajh Green had a game-high 22 points and nine rebounds while Tyrese Mapp had 14 points.

Next Up
Morehouse remains at Forbes Arena to take on Paine College on Saturday, February 22. Morehouse will honor the 2020 senior class and also recognize the 30th Anniversary of the Maroon Tiger team that reached the NCAA DII Final Four. Tip-off is set for 3.P.M.