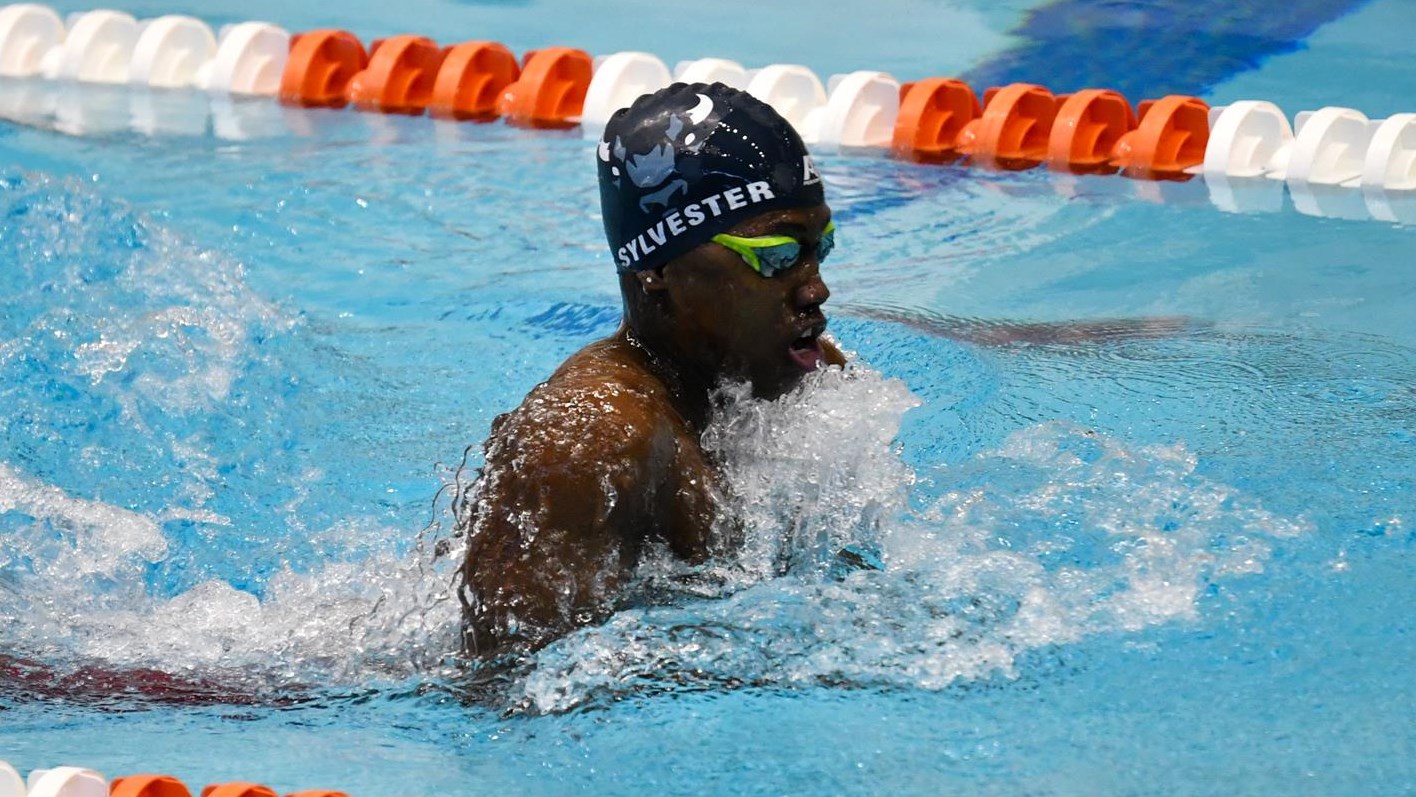 Simon and Solomon teamed up with junior William Speakman Smith II (Jacksonville, Fla.) and newcomer Luke-Kennedy Thompson (Nassau, Bahamas) in the men’s 800 Free Relay where they shattered the previous school milestone by more than four seconds, clocking in at 6:53.82.

Other notable performance on Day One included junior Jalen Watson (Miami) advancing to the men’s 1-meter finals where he placed eighth overall, scoring 11 team points with a 169.25 mark.

After one day, HU men sit fifth with 63 points whereas the Bison women are sixth place, tallying 102 points.

The action continues Thursday (Feb. 20) with more events held inside the Allan Jones Aquatic Center on the campus of the University of Tennessee.

736
The Latest in HBCU Sports and Culture