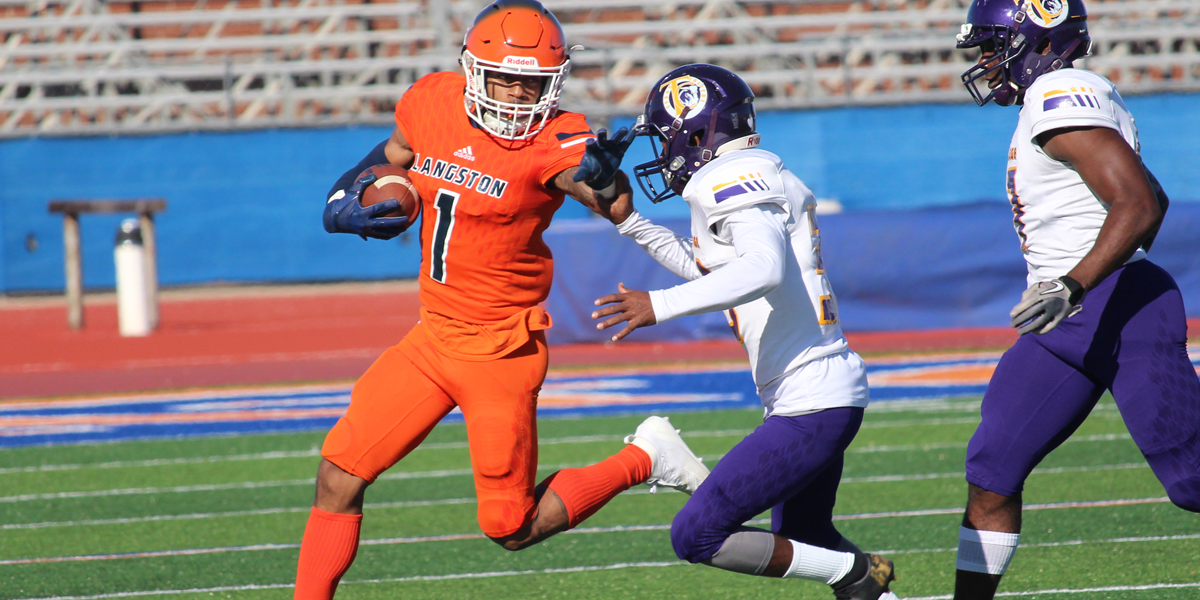 Langston is rounding into shape as the playoffs approach.

Langston University celebrated Senior Day with a 44-7 win on Saturday over Texas College. The No. 22 ranked NAIA power improved its record to 7-2 and extended its home winning streak to 19.

Langston opened the game with a score via a safety by the defense; the Lions first touchdown came at the 7:03 mark in the first quarter when Jordan Cooper hit Glenn Irons for a 20-yard touchdown.

The Lions tacked on three touchdowns in the second quarter when Cooper hit Isaiah Shaputis for an 18-yard score, Cooper scored on a 12-yard run and Tim Whitfield barreled his way into the endzone on a 14-yard run. Whitfield’s 14-yard touchdown run set a Langston University milestone by breaking the single-season rushing yards record of 1,079 set by Carlos Ross in 2009.

Langston closed out the half with a 20-yard field goal by Connor Robles to lead 34-0; Robles tacked on a 30-yard field goal and a nine-yard touchdown run by Whitfield to put Langston in front 44-0.

On the defensive side, James Cox and Devin Dourisseau tied for the lead in tackles with four. Nicholas Fowler finished with two interceptions and Dorian Williams tallied one interception on the day.