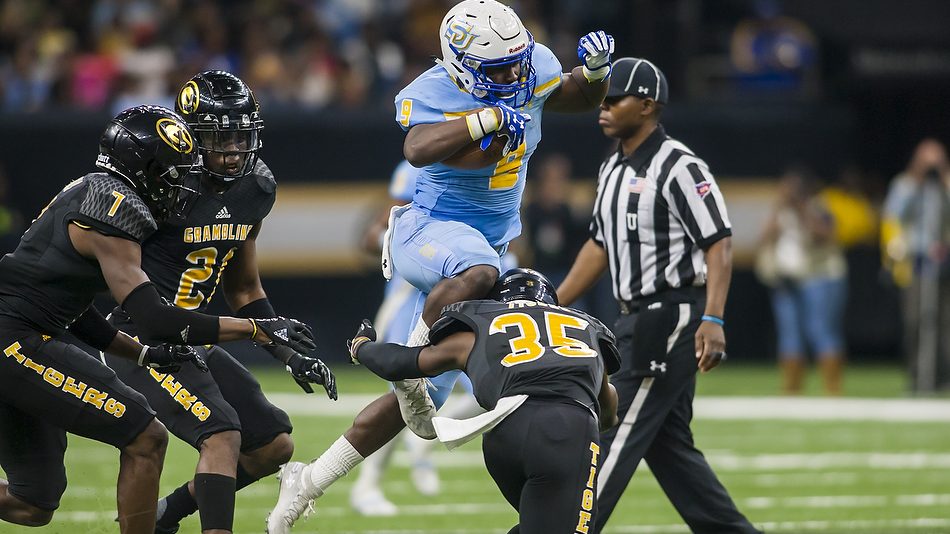 Southern hoping to break through, win the SWAC and make it to the Celebration Bowl

Southern ended Grambling’s reign in the SWAC West in 2018. Is 2019 the year it finally makes it to the Celebration Bowl?

The 2018 Southern Jaguars reached the door step but Alcorn State slammed the door shut on Southern’s title hopes. The Jags return in 2019 with a roster full of talent the majority of that talent being on the 2018 roster.

The Jaguars started 2018 slowly but caught fire after Ladarius Skelton was inserted into the starting lineup at quarterback. Despite only starting six games, Skelton passed for 997 yards and 10 touchdowns while adding 530 yards rushing and eight touchdowns on the ground.

Accompanying Skelton in the backfield will be running back Devon Benn who rushed for 788 yards a season ago and several other talented running backs. Hunter Register is a big body at receiver for Southern who exploded onto the scene late a year ago and tight end Jeremias Houston provides a nice security blanket for Skelton. Southern returns their entire offensive line which was one of the best units in the league a season ago. A season ago Southern ranked sixth in the conference in total offense after a slow start to the season. After starting slow the Jags won five games in a row by an average 25.6 points.

Defensively, the Jags return team leader Calvin Lunkins at linebacker who was the team’s leading tackler a season ago with 82 tackles. Freshman Jordan Lewis exploded on the scene last season with 10 sacks which earned him All-American honors. In the secondary the Jaguars return Montavious Gaines who is effective against the run and the pass and Jacoby Pappillion who has the ability to play in the box and out wide against the pass as well. The defensive line for the Jags saw some key additions during the offseason especially LSU transfer Davin Cotton at defensive tackle. The Jaguars are extremely talented on paper but the entire SWAC has upgraded from a talent standpoint.

Southern hoping to break through, win the SWAC and make it to the Celebration Bowl