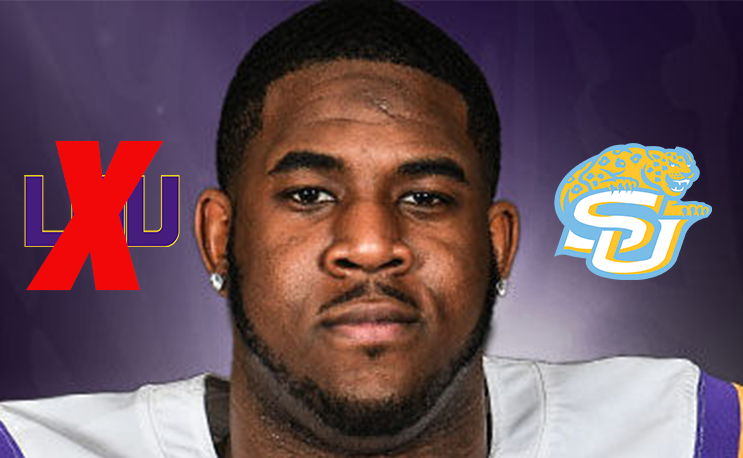 For the second time in less than a week, a member of LSU’s 2018 signing class is making his way to a school in the SWAC

LSU’s loss is a SWAC football program’s gain once again.

Defensive tackle Davin Cotton announced he will be transferring to Southern via his Twitter account on Sunday evening.

The former four-star recruit’s announcement comes on the heels of former LSU teammate Dantrieze Scott’s announcement that he will be transferring to Grambling. Both players were a part of LSU’s 2018 signing class.

Cotton is a 6’4, 279 pounder from Shreveport’s Evangel Christian Academy where he was ranked as the ninth best player in the state’s 2018 class. He played in two games last season, registering three tackles. He entered the transfer portal in February before hopping out and eventually going back in.

Southern also beat out LSU for the services of Bertrand Carrell this spring, as the three-star defensive back signed with the SWAC squad in his hometown.

669
The Latest in HBCU Sports and Culture