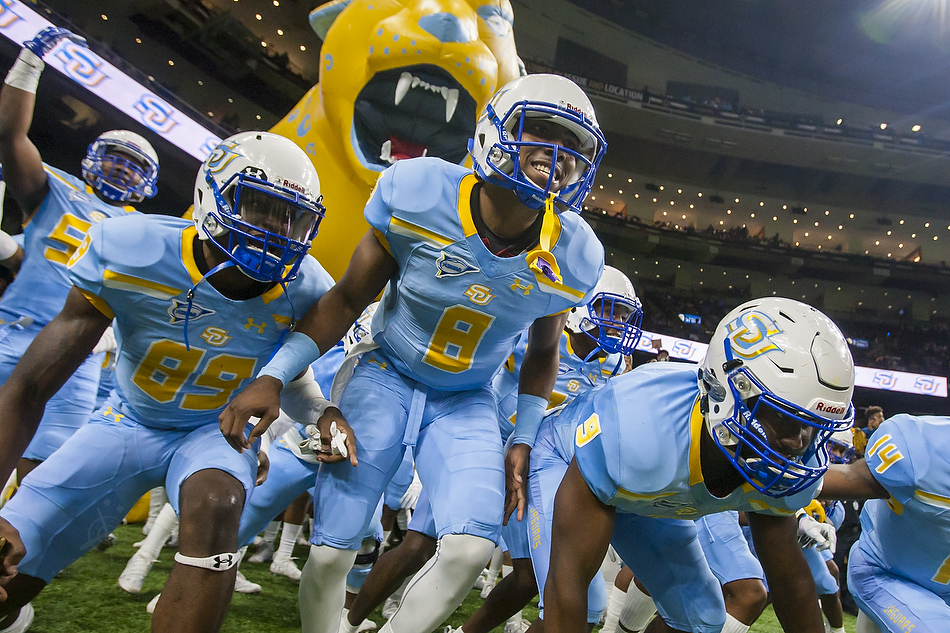 Last season LaDarius Skelton showed why he’s revered in Arkansas. This season he’s looking to get Southern to Atlanta.

Check out the previous profiles.

Few people outside of the state of Arkansas had ever heard of Ladaruis Skelton a year ago at this time. Skelton was an absolute legend at Pine-Bluff high school in Arkansas, winning the 6A Offensive Player of the Year as a senior, and winning the MVP of the state title game as a junior and as a senior. He finished his high school career with 8,202 total yards and 104 total touchdowns as a three year starter. Skelton went on to Fullerton College and helped lead the Hornets to a National Title and was named Co-MVP for the season.

Skelton arrived to Baton Rouge pretty much silent. He didn’t start the first few games of 2018 nor did he see much action, but that all changed on an early October visit to Prairie View. That day Skelton exploded on the scene with 4 total touchdowns and 370 total yards in a 38-0 win over the Panthers. In one day the Jaguar offense went from Chevy Cavalier to Ferrari and immediately energized Jaguar Nation.

Skelton only started six games a year ago but in limited action he was able to pass for 997 yards, 10 touchdowns and only two interceptions and was able to rack up 530 yards on the ground and an additional eight touchdowns rushing. Skelton helped lead the Jaguars to 5 straight wins before losing to Alcorn State in the SWAC Championship Game. The loss to Alcorn State was Skelton’s first loss in his career in a championship game and he left Jack Spinks Stadium promising his teammates that he would be better and more prepared in 2019.