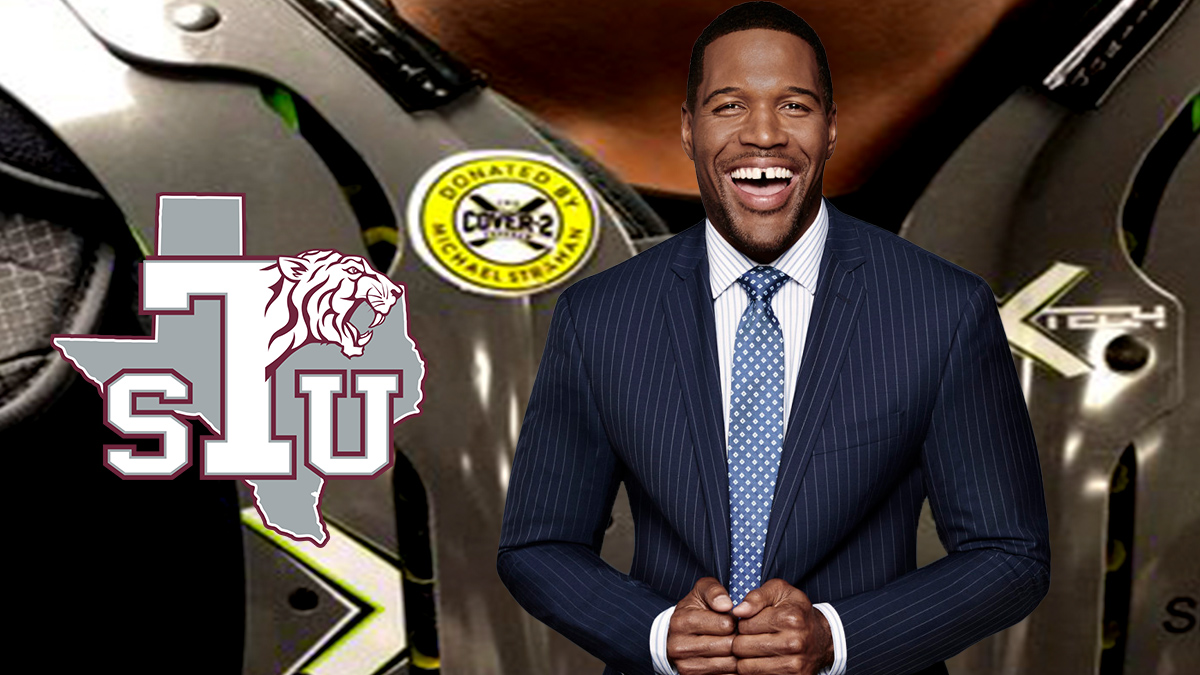 Pro Football Hall of Famer and talk show host Michael Strahan made sure his alma mater had some nice new equipment to start the season.

Michael Strahan has come a long way from his days at Texas Southern, but he hasn’t forgotten his roots.

The former New York Giants star and current television co-host teammed up with X Tech pads to provide his alma mater with the high end equipment. Coaches revealed the news to the team on Tuesday afternoon.

“It’s that time,” Texas Southern quarterback DeAndre Johnson said on Wednesday. “We’ve been going hard since the spring. Going hard since summer. It’s time to hit somebody else.”

Even new head coach Clarence McKinney had to try on the shiny new toys.

Strahan completed his career at Texas Southern before being drafted by the Giants in 1993. He went on to have a Hall of Fame career that included a Super Bowl ring along with 141.5 sacks over the course of his career. He’s currently the co-host on Strahan, Sara and KeKe. Since he’s gotten his platform, he’s made sure to shout out Texas Southern when he can and obviously give back.

700
The Latest in HBCU Sports and Culture