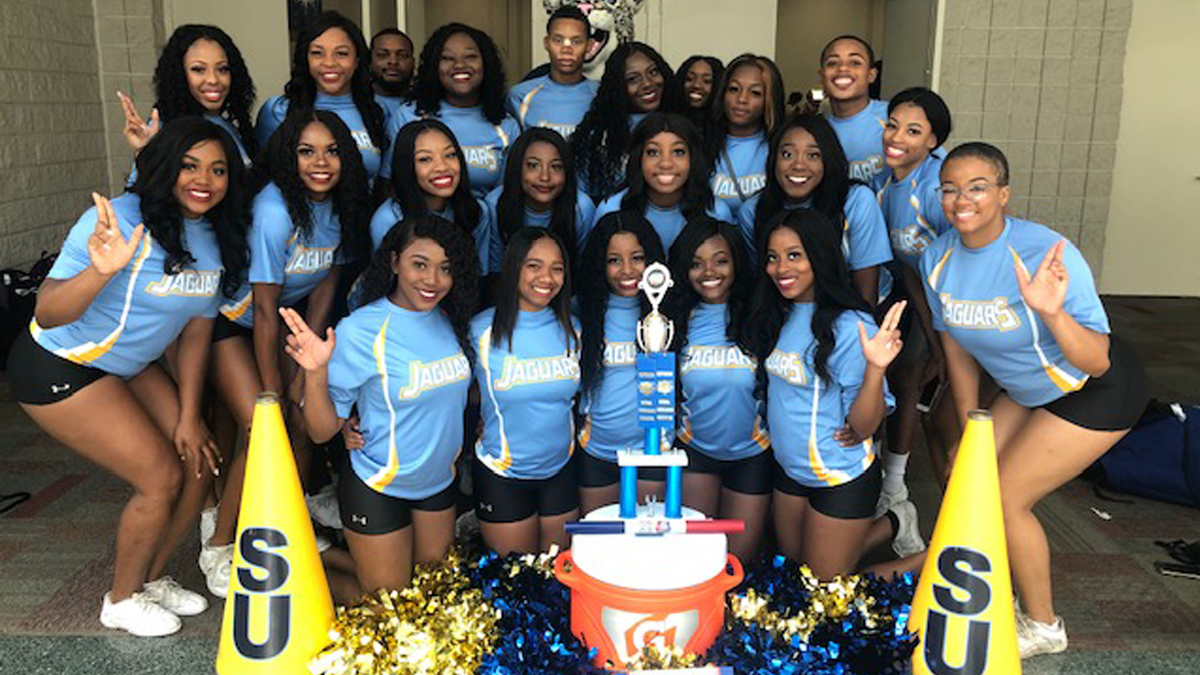 Southern University Cheer came, it saw and it conquered in South Carolina. Now it’s going on to Florida.

Members of the Southern University Cheerleading Program participated in the 2019 NCA/NDA Collegiate Camp in Myrtle Beach, South Carolina under the guidance of Taylor Stewart.

During the three-day camp, members of the program were able to learn, participate and compete in various categories at the camp. This year’s camp was the 25th anniversary of the NCA/NDA collegiate camp and hosted over 900 campers.