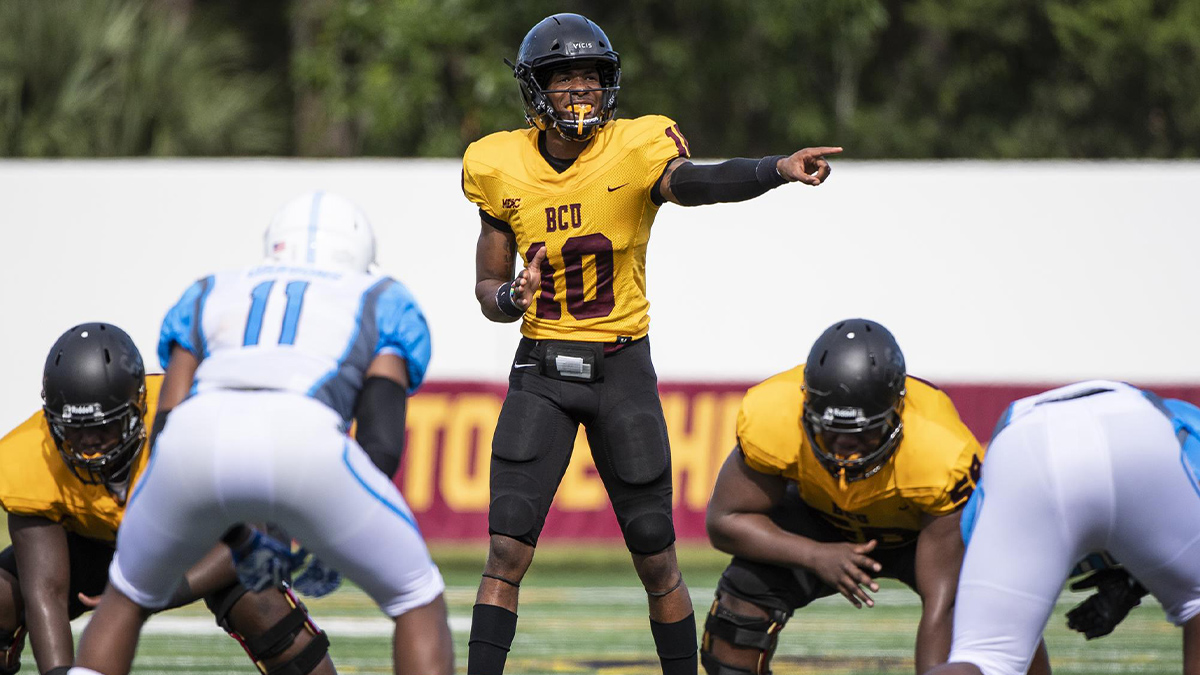 Akevious Williams is the prototypical Bethune-Cookman quarterback, a runner whose arm is developing nicely.

This is a countdown of the top quarterbacks in the MEAC heading into the 2019 season.

Here are the previous players

Bethune-Cookman has had many quarterbacks over the past 25 years that put the Fear of God in their opponents with their legs as well as their arms. Akevious Williams is the latest in a line of swift-footed signal callers in Daytona that stretch back as far as Allen Suber and Patell Troutman.

Last season the Madison, FL product ran for 347 yards and eight touchdowns in just eight games. That included a season-high 110 yards and two scores against South Carolina State last season. Watching the game on film, Williams showed both athleticism and good-decision making on the option.

But Williams doesn’t get on this list just for using his legs. He’s also solid with his arm, and last season took a big step forward as a passer. After being a 48 percent passer his first two years as a backup, Williams stepped up in 2018 and led the entire conference in pass efficiency, completing 64 percent of his passes with a 2-to-1 touchdown to interception ratio.

Coming into the season, Williams could be poised for a breakout senior campaign, if he’s healthy. He went down against A&T late in the season with a knee injury and the team did pretty well without him. If he is healthy, BCU will be a serious title contender for the MEAC crown once again.