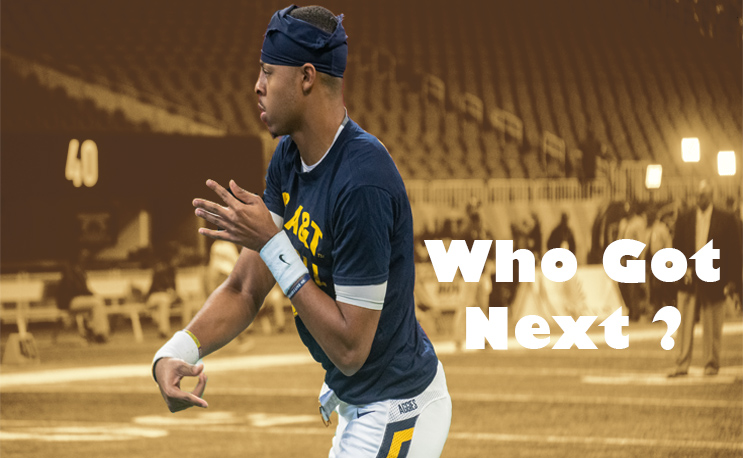 NCAT has to replace a quarterback who went 35-2 as a starter. Which Aggie QB will step up?

We’re looking ahead to the 2019 HBCU Football season by recognizing the top players at the quarterback position. Today’s post will focus on no. 4 on the list.

4. Whoever Plays for NC A&T

As you can see by the title, we don’t quite know who will be under center when NCAT comes out of that inflated tunnel at BB&T Stadium. The Aggies have the difficult job of trying to replace Lamar Raynard who went 35-2 in his career as a starter, winning two MEAC titles and Celebration Bowls as a starter.

Carter is the elder of the group as he’s been around for all three A&T Celebration Bowl wins and last season stepped in to help the program pull off its biggest upset ever in a win over East Carolina. He appears to have improved as a passer (he threw four touchdowns and no interceptions last season while completing a solid 55.4 percent of his passes) and remains dangerous as a runner. He will be recovering from a leg injury in a car accident, so we’ll have to see if he’s still as mobile as he was before.

Ifedi was a player that the Aggies wanted out of high school in 2017, but instead he chose the FBS route and went to ECU. So last season he found himself on the losing sidelines of A&T’s upset. The former three-star quarterback will look to show he can run the Aggies offense with electricity and dynamism that earned him such high marks coming out of Vance High School.

Fowler didn’t make it on to the field for the Aggies as a freshman, redshirting while Carter and Lamar Raynard took care of business for the MEAC champs. He’s got the physical tools at 6’4, 210 pounds and a big arm. We’ll see if he can beat out the upperclassmen, though.

Whoever it is, the Aggie quarterback will have a stable of receivers that many in the MEAC and around the FCS would drool over. Elijah Bell is back for his senior season, and after an inconsistent junior year, he’ll be looking to prove who the best receiver in the MEAC is. Teammate Zachary Leslie was A&T’s most consistent receiver and as a redshirt sophomore and should be even better this year.

Whether its Carter, Ifedi or Fowler, the stakes at quaterback have been raised in Greensboro. A&T’s hopes of a third-straight conference title and trip to Atlanta will fall heavily on the shoulders of whoever gets under center.