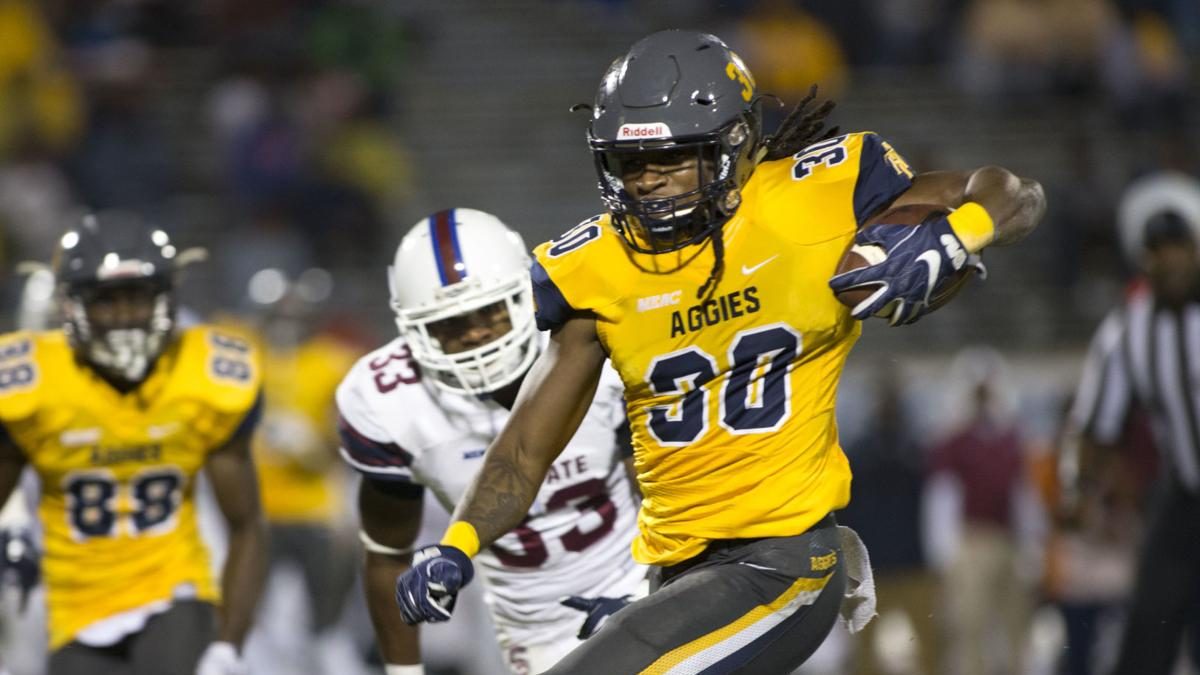 Martin is shaping up to be the next top A&T running back in 2019.

Although MEAC offenses have opened up lately, the running back position is still strong. From running between the tackles and cutting in open space, the role of a back in the MEAC is still a vital one in 2019. As we’ve seen, if one’s RB depth isn’t solid in this conference; winning will be tougher. Speaking of winning, North Carolina A&T has been doing alot of that.

And besides winning MEAC Championships and Celebration Bowl titles, another consistent aspect of the Aggies’ recent reign of dominance is their running back play. From Mike Mayhew, Tarik Cohen, and Marquell Cartwright; the Aggies RB lineage is something worth noting. Since 2010, they’ve had an RB land in the Top-5 for rushing and have had the leading rusher since 2013.

Jah-Maine Martin is second on our list and is next up for the Aggies. The Coastal Carlina transfer had a good season while backing up Cartwright last season. Martin gained nearly 700 yards on the ground and scored seven touchdowns in the process on just under 100 carries. He started the season well but a 67-yard rushing touchdown against Bethune-Cookman in October was a statement. He gained 118 yards that game and later went on to rush for 130 yards the next week against Norfolk State.

He ranked fourth in rushing yards among returning running backs from last year, and that was as Cartwright’s backup. And as we’ve seen over the years, the Aggies ability to flow into their next starting RB has been very successful. There might be question marks at the QB spot but when it pertains to who’s carrying the rock, Martin should get a heavy share of the carries in 2019.

Check out our previous profiles of the top MEAC running backs of 2019.