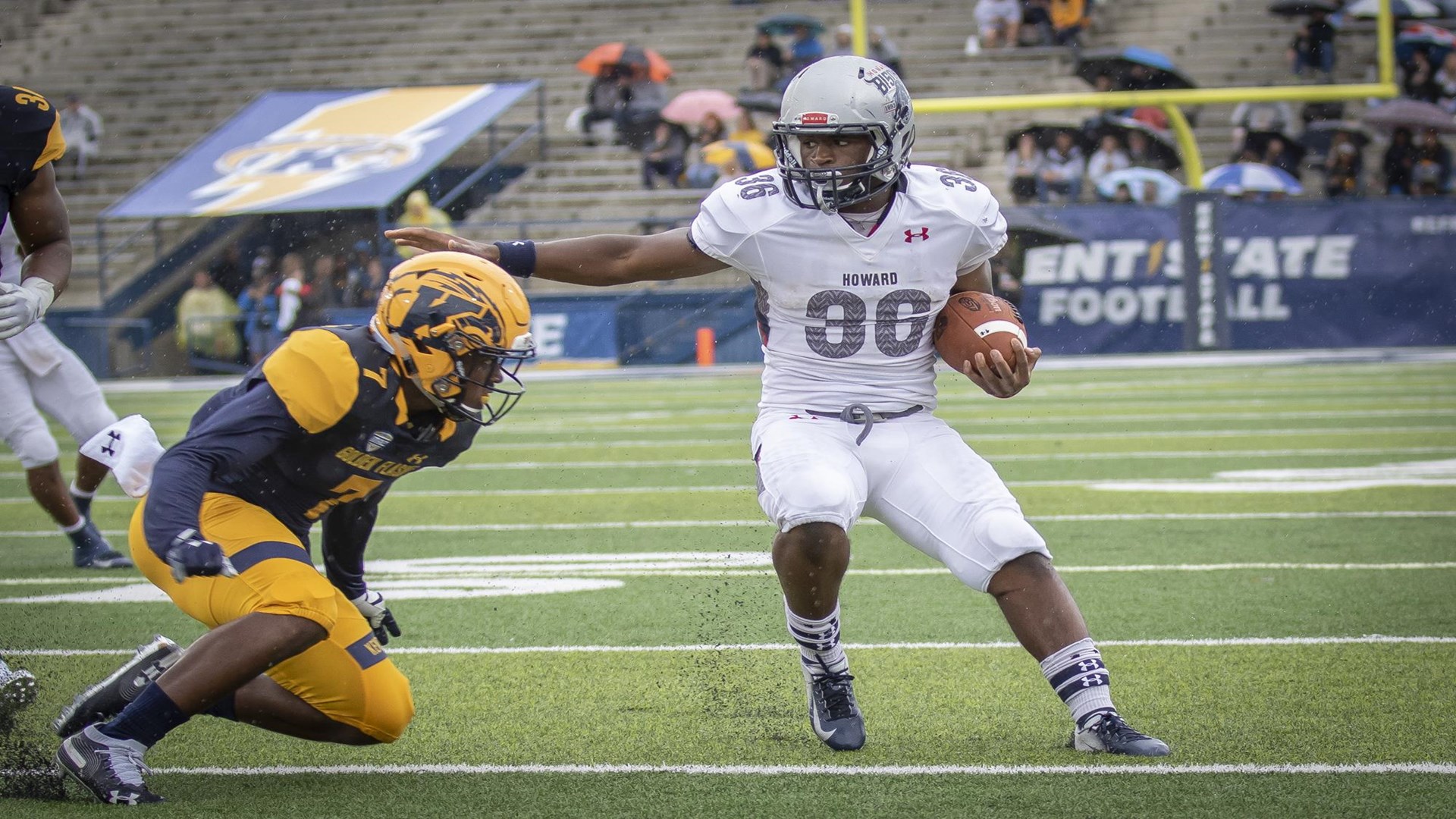 Howard RB Dedrick Parson will be looking to rack up more yards in 2019.

We’re looking ahead to the 2019 HBCU Football season by recognizing the top players at the running back position within the MEAC. Today will we highlight Dedrick Parson from Howard who is third on our list.

Check out our previous posts:

When thinking of Howard on the football field, you automatically think of their passing offense. Caylin Newton’s explosiveness combined with some key pieces like Jaquez Ezzard caused a nightmare to MEAC defenses over the past few years. And last season, Dedrick Parson played a major role for the Bison.

Parsons gained almost 1,000 total yards of offense last season. He had 706 on the ground and 226 receiving. He gained a lot of rushing attempts since the Bison offense had a lot of option-based plays. Parson turned things up on the second half of the season. He torched Morgan State for 148 rushing yards during a game where the Bison scored 15 unanswered points in the fourth quarter. And maybe during their best win last season, he gave Florida A&M headaches by rushing for 149 yards.

Now with a new coach at the helm, the Bison offense could have some tweaks but Parson’s productivity and elusiveness should still be a threat.