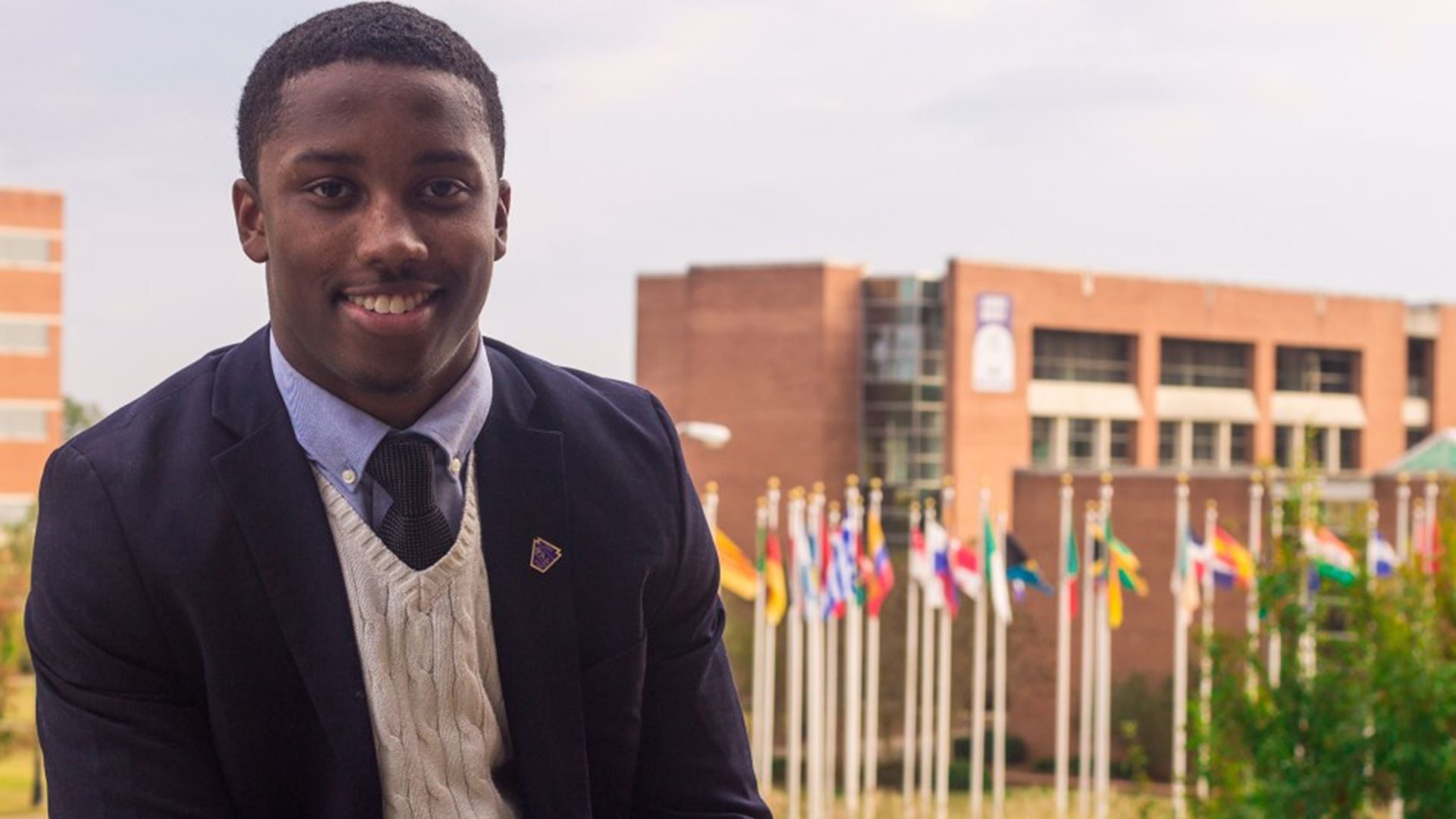 When incoming freshmen students enter the doors of colleges and universities each fall, various faculty, staff and student leaders greet them with excitement and encourage them to get involved on campus. While some students quickly take heed to their advice, others remain to themselves and stay within their comfort zone until the semester begins to unfold, the typical behavior of a new student.

Eager and excited in the fall of 2016, Jackson State wide receiver Jordan Jefferson walked down Gibbs-Green Memorial Plaza which runs through the heart of the campus at Jackson State University looking to begin the next chapter of his life, one that he knew would be a challenging because of the many things he wanted to do.

Jefferson, a native of Jackson, Mississippi and the son of former JSU offensive coordinator Joe Jefferson, could have not been happier to play the game that he loved since he was nine at the same place where his father coached in 2005.

“I was excited because football is my first love” Jefferson said.

“Being that my father was a former coach, his influence made me love the sport. Playing for the home team too, it was just all exciting.”

Incoming athletes to college – like other incoming students – come with growing pains like dealing with new sceneries and navigating a different lifestyle from a set schedule of high school. From meeting people to getting adjusted to classes, understanding the level of discipline and dedication of being a college athlete is also a huge task.

Jefferson, however, was not your typical student or college athlete. Academic excellence has always been an important factor for Jefferson.

“If I don’t fulfill those goals in the classroom, I will not fulfill my purpose.”

From his very first days on campus in orientation, the young Jefferson channeled his inner ambition for creating change and impacting students through his time at Callaway High School, where he served as the vice president of the student government association along with playing football and soccer, running track and finishing as the valedictorian of his class.

It was in student orientation when that spark for impact and leadership would set a fire in Jefferson to continue what he started from high school.

“I knew I wanted to be SGA president when our president at the time Kendall Bunch spoke,” Jefferson said. “I saw his passion for the University and felt that through myself.”

While Jefferson – a hometown kid – held big aspirations of continuing to develop his leadership skills, he would have never thought that he would witness it three years later, especially considering the twists in the journey that all too often come with life.

Adversity is the greatest preparation for success and Jefferson is not a stranger to it. The 5-foot-9-inch, 180-pound Jefferson waited 1,078 days to dress out in his first collegiate game for the Tigers.

After redshirting his freshman season, Jefferson fractured his ankle during his sophomore season and was forced to sit out another year. It wasn’t until late in the 2018 campaign that he put a blue and white uniform on, a moment that he will forever never forget.

“A lot of people asked me why I did not quit,” Jefferson said. “When I start something, I finish it. When you love something, you feel differently about it.”

With questions of uncertainty and doubt as to whether he would play on a consistent basis on the gridiron, Jefferson used those 1,078 days to also do other things that he loves: being involved and serving others through organizations.

While others may have been simply going to class and dealing with training and workouts to ensure the possibility of playing on the field, Jefferson zoned into his other niche off the field to serve others.

“Being apart of the fraternity held me accountable and taught me to be a leader sometimes when you don’t want to be,” Jefferson said.

Accountability, time management and good organizational skills are key traits of being a solid leader. With another football season beginning for Jackson State in 66 days when the Tigers play Bethune-Cookman University in the 2019 MEAC/SWAC Challenge, that accountability and time management will come into full effect for Jefferson.

“I’ve been working very hard on organizing and delegating my year so it can go through smoothly this football season,” Jefferson said. “I have a great team and advisors. So, it should go well.”

Under Jefferson’s administration, he hopes to create a student hall of fame to increase student morale and excitement at the University, create programming initiatives in residence halls for students centered around sexual assault, domestic violence and dating violence, and assist students with test prep for the GRE, MCAT, LSAT to prepare students for the transition from undergraduate to graduate school.

Jefferson also plans to work with the Walter Payton Center once a month to get more students active on Wellness Wednesdays, create a voting initiative to increase voter turnout so the University can maintain its voting precinct and find housing for international students with JSU Global over holiday breaks.

Things will not be easy for Jefferson. After all, however, leadership is not an easy task as many are called to do it but few are chosen.

Jefferson was selected by his peers to make a difference in the campus community, something he does not take lightly.

“I am an inclusive leader, a people-oriented person and a great listener,” Jefferson said.

“I know when to tap into my team talents and I respond to adversity by letting my faith in God handle it,” he said. “I know that God has me.”

However, while fulfilling his civic duties as president of the student body, Tigers head coach John Hendrick and wide receivers coach Brady Ackerman still expect Jefferson to be at his best on the field when the team is in the trenches and looking to get a first down.

“They are both supportive of me but I don’t get treated special at all,” Jefferson said. “They actually hold me at a higher standard. I cannot half step with these coaches.”

Jefferson’s favorite athlete is Los Angeles Lakers forward LeBron James because he fulfills his purpose, regardless of his circumstances. And for Jefferson, as he hopes to remember his senior season as a legendary one, the journey of balancing his purpose of being a student athlete and student body president begins now.

“I walk by faith and not by sight,” Jefferson said.