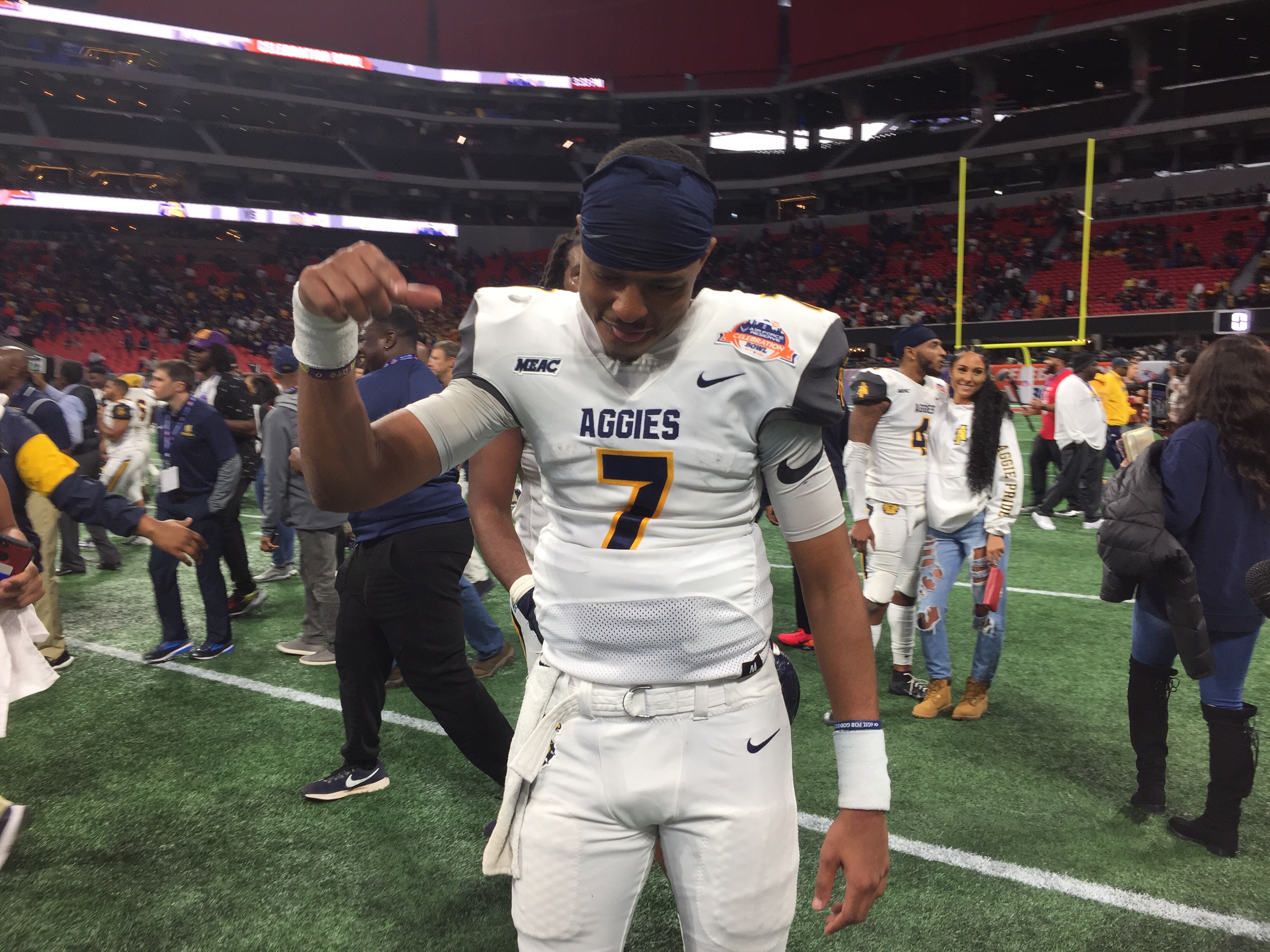 North Carolina A&T held off a late rally attempt by Alcorn State to win the Celebration Bowl for the third time in four years.

ATLANTA–North Carolina A&T weathered the storm all season and it continued on Saturday.

A&T held off a late rally attempt by Alcorn State to win the Celebration Bowl 24-22, and likely another HBCU national title with it.

The Aggies offense started off hot in the fist half. Lamar Raynard’s 17-yard touchdown pass to Zach Leslie capped off a 65-yard drive.

Alcorn State returned a slight jab by adding a 29-yard field goal later in the first.

After a field goal in the middle of the 2nd, Raynard connected with Elijah Bell from 27 yards out. After another field goal from the Braves, the Aggies had a 17-6 lead at halftime.

Noah Johnson and the Braves offense struggled in the first half. NCAT’s stellar defense kept them on lock. But coming out in the second half, things started to change. ASU scored 10 unanswered. Johnson’s quick feet found him to the end zone on a 30-yard dash.

But as the band played and Alcorn sideline and fans were still celebrating; Malik Wilson took a kickoff 79-yards back to the house.

It seemed like the dagger, but it wasn’t quite a knockout punch. Johnson once again struck, this time with a 59-yard touchdown run. But a close call on the two-point conversion put Alcorn State down by two. The Braves got the ball back a few minutes but they were forced to punt with a little over five minutes left in the game.

The Aggies gained a few first downs, thus securing their thitfCelebration Bowl win and another Black College Football championship. Like the many of the obstacles they faced this year, the Aggies did not get swayed when the tides turned. They stayed consistent and when needed down the .

Lamar Raynard finished his last game for the Aggies with a blazing hot 292 passing yards and two touchdowns. Zachary Leslie had a field day with six receptions and 119 yards. Noah Johnson put on a show, notching up 128 passing yards and 120 yards rushing. De’Shawn Walker gained 126 yards for the Braves on 19 carries.

The season was an interesting one but at the end, the Aggies are still on top.