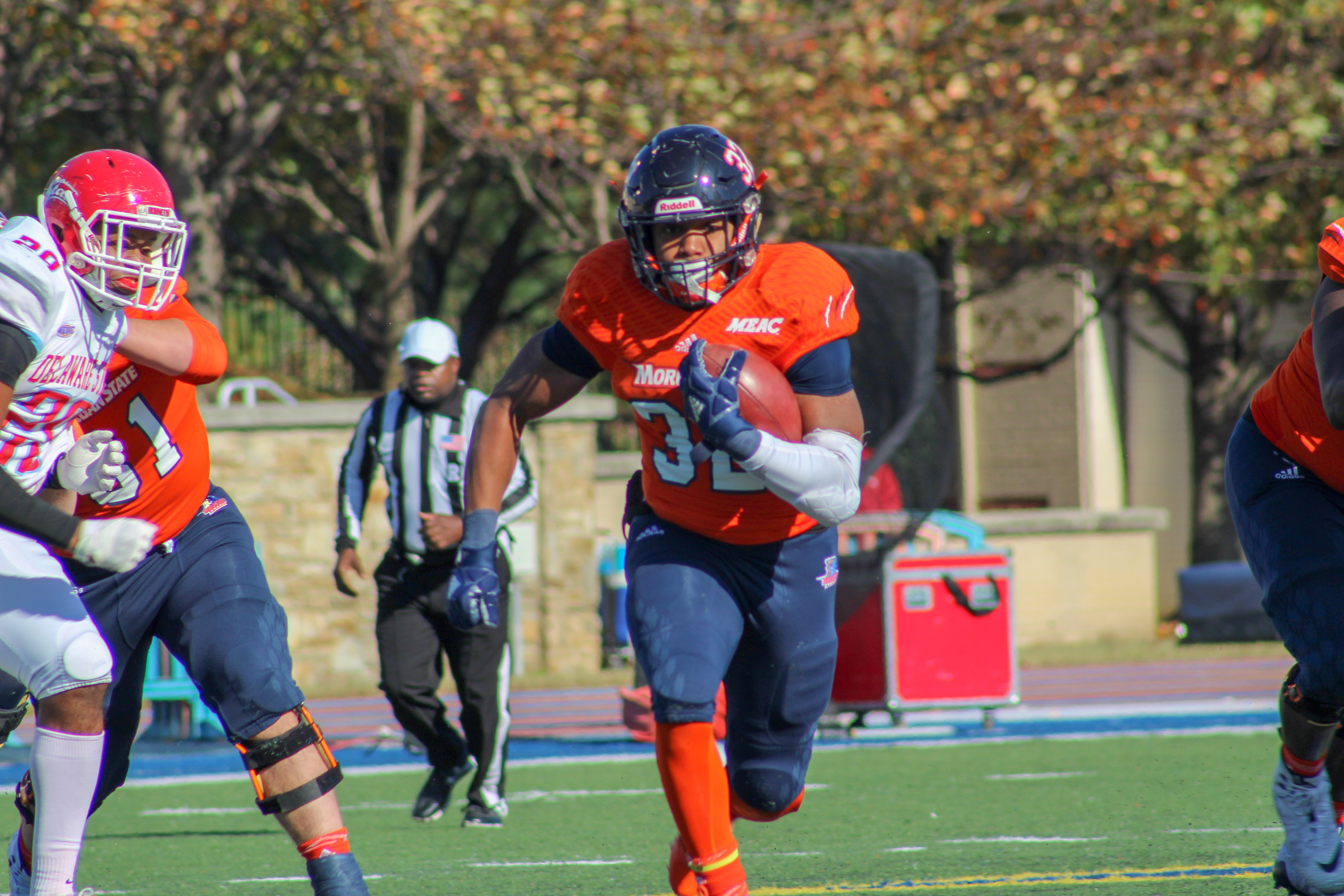 Joshua Chase was a major player for Morgan State last season. Don’t expect that to change in 2019.

We’re looking ahead to the 2019 HBCU Football season by recognizing the top players at the running back position within the MEAC. Today’s feature highlights our fifth MEAC RB: Morgan State’s Joshua Chase.

Morgan State’s offense has been an obvious struggle point for the past few seasons. New head coach Tyrone Wheatley is looking to fix those woes and Joshua Chase is a solution. Chase saw action in 10 games last season, leading the Bears on the ground with 127 carries for 514 yards. The Prince George County native had 20 carries for 115 yards and a TD vs. Howard last season and recorded a career-high 145 yards on 18 carries, including a TD vs. Delaware State.

His new coach can play a big role in increased production. Wheatley was a talented running back at Michigan in the Mid-90s before having a solid NFL career. He also coached for Michigan and the Jacksonville Jaguars as a running backs coach before coming to Baltimore. As the Bears look for better offensive production, Chase will play a major part.

This list is for running backs but it would not be fair to not mention Tyrece Nick. The quarterback was an absolute threat for SC State last season. His passing stats weren’t the best but as a rusher, he ranked second in total rushing yards in the MEAC. With a little over 900 yards gained, Nick was unstoppable.

He rushed for over 100 yards against Bethune-Cookman, Delaware State, and Florida A&M. In that game against the Rattlers, he rushed for three touchdowns, a season-high; adding to the Bulldog’s 44 points that day. He ran all over Howard and Morgan State, winning both games on the opposing team’s homecomings. As the season ended, he finished with 12 rushing TD’s, leading the conference.

Come back for more as we continue our countdown!