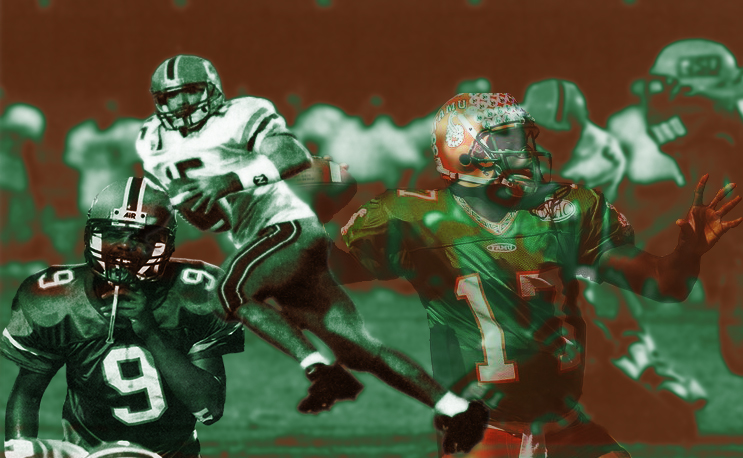 Florida A&M has produced a number of talented passers over the years, dating back to the 1960s.

Some schools specialize in producing players at certain positions. Sometimes its defensive backs, other times its running backs, and others even come up with great linemen.

Florida A&M certainly fits that description. When you mention quarterbacks and FAMU, the great Gulf Coast Offense comes to mind. But FAMU’s tradition actually goes back deeper than that.

Riley is best remembered as an expert defensive back in the NFL, but at FAMU he was the man with the ball in his hands. Hall of Fame coach Jake Gaither had always been run-heavy, as most teams were then, but Riley’s talents allowed him to open up the offense. He was dangerous with his arms and his feet as he was referred to as “The Black Fran Tarkenton,” a big compliment comparing him to one of the first mobile quarterbacks in the NFL.

Chester isn’t on this list for statistical purposes. He was an average passer at best, even by the 1970s standards. But Chester will forever be immortal in Tallahassee as the quarterback of the first, and only, HBCU team to win an NCAA Football championship. Chester was a three-time MVP for the Rattlers who led his team to a 33-3 record before going on to play in the CFL.

Sampson started his career at Albany State but he was a holy terror as the first true Gulf Coast Offense quarterback for Billy Joe. What started as a survival tactic with Mario Allen at quarterback the year prior turned into a full-blown offensive revolution with Sampson, who sat out the 1995 season waiting in the wings.

Sampson’s marks wouldn’t last long, though, as the Gulf Coast Offense was fully matured and fully loaded the next year with three talented quarterbacks. Eventually it would be the former Temple quarterback who would emerge as the on-the-field catalyst for one of the most potent HBCU and FCS offenses ever seen.

Bonner finished his lone season atop the Rattler record books with 3,473 yards and 37 TDs while earning All-American honors and teamed up with the RAC Boys for a season they still remember in Tallahassee and around the MEAC. The story of that team is told through Bonner’s eyes in Wali Pitt’s The Mad Bomber and The RAC Boys documentary.