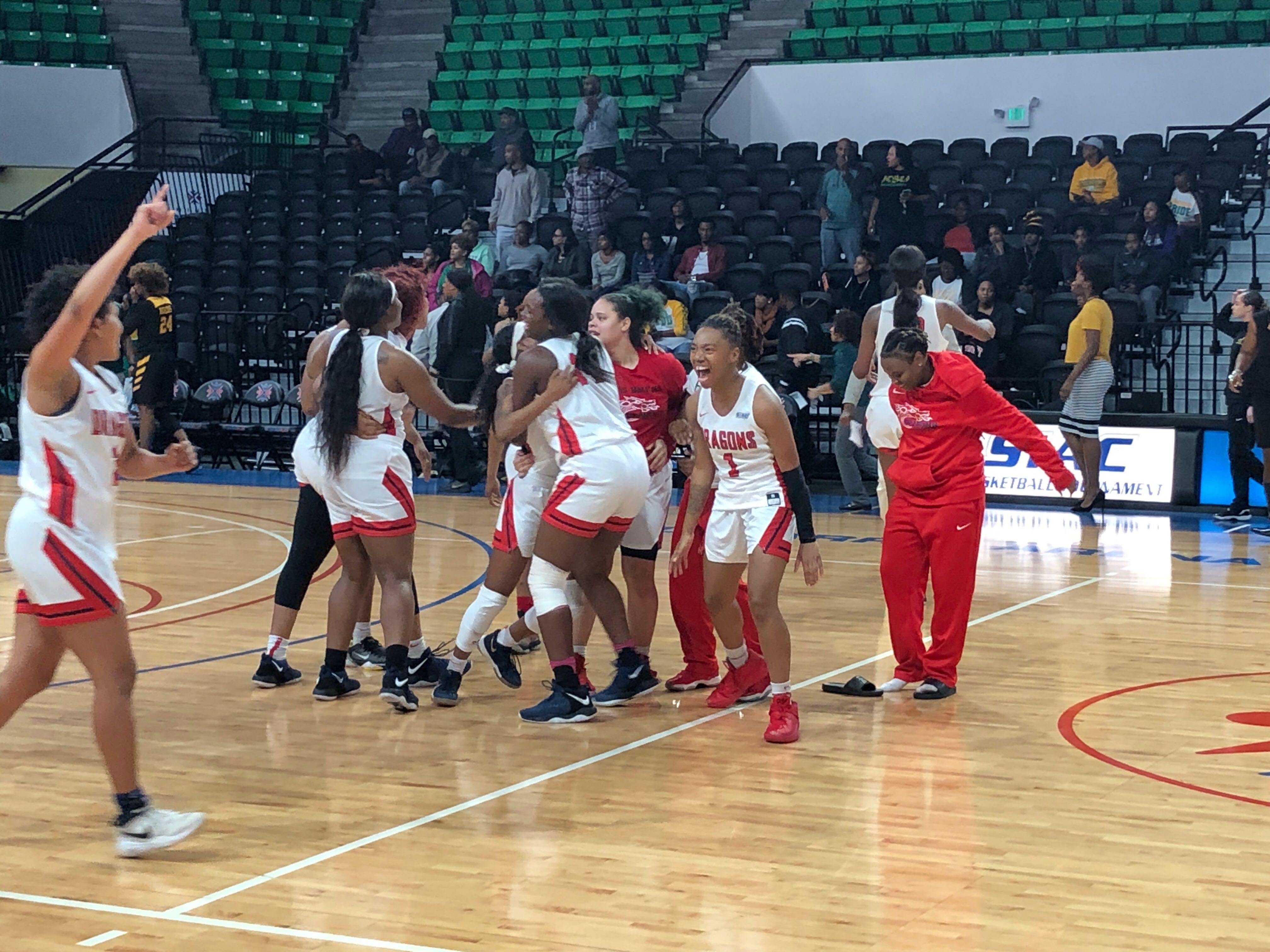 First ever championship for the women’s program.

Senior guard Antrice McCoy all but sealed the deal on a miracle shot that you had to see to believe. With under a minute to go, she somehow got a corkscrew, reverse heave to go into the basket as she was fouled. The three-point conversion gave Lane a six-point lead and proved to be the knockout punch against Kentucky State.

“I heard my teammates yelling ‘shot clock’ so I’m hesitating, I did a move and went by her and she fouled me and I just threw it up,” McCoy said. “I looked up and it was in the goal. That was it. It was a big play and that’s what got us that lead.”

The aggressiveness of normally laid back guard Addie McNeely was a huge factor as well. She finished with a game-high 14 points en route to being named to the all-tournament team.

“I knew that we were going to get here eventually,” McNeely said. “We’ve been working hard these past three games up till now. We deserved it.

The tournament MVP was the Dragons’ 6’2″ center Porche’ Hannah. She had taken a break from basketball but it didn’t show on the court. Her ability to disrupt the opponent’s offense with her shot-blocking allowed Lane to hang in during games while its offense struggled at times.

“I’m speechless,” Hannah said. “I didn’t play last year and this year, I just came out and killed it. We were humble and we were hungry.”

Head Coach Kimberly Anderson took the leap of faith that this year’s team would win a championship. During a trip to Hawaii before the she and her husband picked up a set of wristbands to serve as a reminder that this would their year.

“From the beginning, I knew I had something special,” Anderson said. “But I also knew it was going to be a challenge.

The futility is over. The Lane College women will forever be remembered as champions.