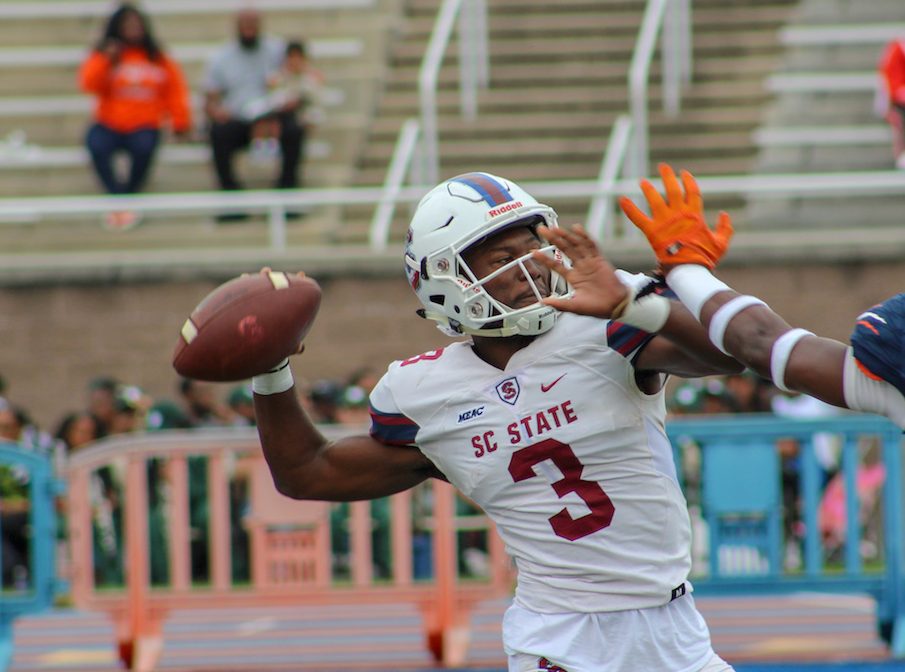 Howard had a clear path to a MEAC title. But that was before South Carolina State crashed homecoming in DC.

South Carolina State upended HU on its homecoming with a 27-21 win, handing Howard its second MEAC loss of the season.

Bulldog quarterback Tyree Nick ran for two touchdowns while Caylin Newton was picked off twice and held to just 130 yards in the air. He did rush for 130 yards, however, but it was not enough to keep his team out of the win column.

The loss puts Howard on the outside-looking-in of the MEAC race, as North Carolina A&T now moves into second place with its lone loss coming to MEAC leader Florida A&M (5-0). FAMU would need to lose two of its final games to lose the crown, though as it beat A&T 23-21 in Greensboro earlier this month.

The win was the second in a row for SC State and its third in four games after starting the season 0-4.