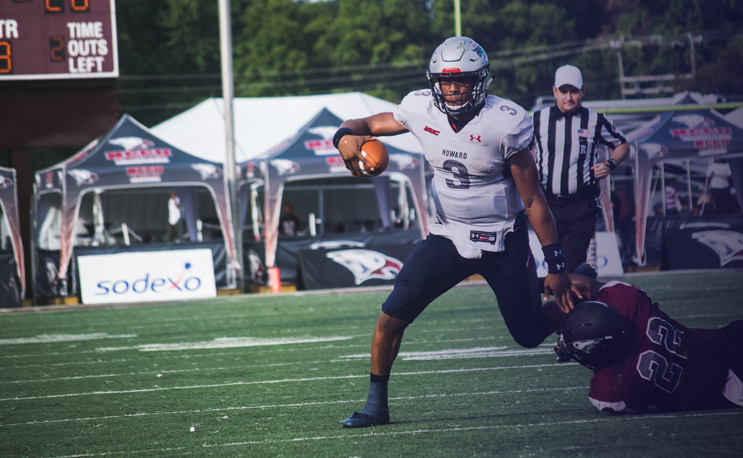 Howard rebounded from a disappointing loss against South Carolina State with a thrilling win over MEAC front-runner FAMU.

WASHINGTON, DC–Florida A&M’s coronation as MEAC champs will have to wait at least another week.

FAMU’s suffered its first conference loss on Saturday as Howard held off a late rally attempt for a 31-23 win at home.

Caylin Newton rebounded from back-to-back subpar performances in a big way. The sophomore quarterback passed for 172 yards and two touchdowns and ran for another for Howard. Dedrick Parsons contributed in a big way as well, rushing for 149 yards on 26 carries, including a touchdown.

FAMU drops to 5-1 in MEAC play, which puts it in a tie with North Carolina A&T who held on to beat Norfolk State.

It holds the tiebreaker over A&T, however, thanks to its 23-21 win on the road last month. FAMU will host South Carolina State in a non-conference game before taking on rival Bethune-Cookman in the Florida Classic in a game that could decide who goes to the Celebration Bowl.

A&T finishes the season with two road games, first at Savannah State and the season finale against rival North Carolina Central. It would need to win both games and have BCU beat FAMU to claim the MEAC title and the conference’s Celebration Bowl bid.