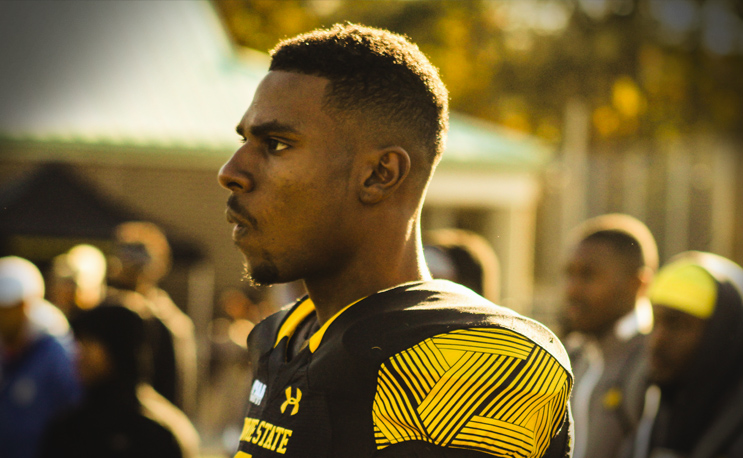 After a busy Saturday of clinching the CIAA Northern Division, breaking the conference passing touchdown record and punching a ticket to the CIAA Championship game, the good news continues for Bowie State’s Amir Hall.

On Monday afternoon, the NFLPA Collegiate Bowl announced via Twitter that Hall has accepted his invitation to participate in its post-season bowl game.

Congrats to @_Goodfor6 from @BSU_Sports_Info for accepting his #NFLPABowl invite. Can't wait to see you in LA. pic.twitter.com/Gsx1WUoJxY

The NFLPA Collegiate Bowl is more than a postseason all-star game for draft-eligible players. This week-long opportunity allows players to showcase their talent to NFL coaches, scouts and fans while gaining professional insight. Representatives from all 32 NFL clubs are expected to be in attendance to watch practices, watch tape and interview players. Of the 112 athletes that participated in 2018, 42 were invited to the NFL combine and 18 were selected in the NFL draft.

Multiple HBCU players were featured in the 2018 Collegiate Bowl including but not limited to Virginia State’s Trent Cannon and Grambling’s Martez Carter. Tarik Cohen of North Carolina A&T and Marquette King of Fort Valley State are also notable alumni of the game. So far, Hall is the only HBCU player announced as a participant.

Standing at 6’4″ and 195 pounds, Hall finished his regular season play with 10,531 passing yards and 98 touchdowns. He will be the first-ever representative of Bowie State at the Collegiate Bowl.

The Collegiate Bowl is slated for Saturday, January 19 at Rose Bowl Stadium in Pasadena, CA.